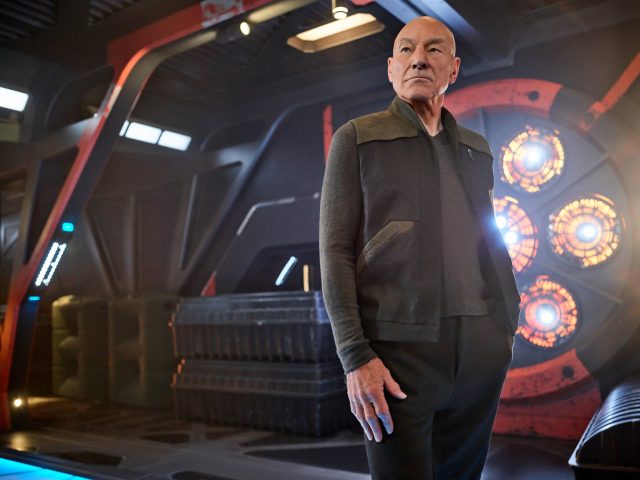 The wait is over. The new trailer for “Star Trek Picard” has been released, which focuses on the return of two important characters from both “Star Trek Next Generation” and the other series, released later.

The first trailer for the new Star Trek Picard season was released by Viacom CBS in June last year. Now, the production company has given us a second trailer from which we can guess the line of the script (at least in general). According to what we know so far, in addition to Seven of Nine, two other characters loved by the public will return, such as Guinan (played by Whoopi Goldberg) and Q (played by John de Lancie).

The new season of “Star Trek Picard” will make a foray into the universe of Captain Sisko, from “Deep Space Nine” (DS9, for short), bringing to life the story from “Past Tense” (season three of DS9), the one in which the characters main travel in time.

Read:  Top of the most poisonous plants in the world

In “Past Tense,” police leave Captain Benjamin Sisko and Dr. Bashir in the city’s “Sanctuary Quarter,” a ghetto that houses the poor and sick in San Francisco, keeping them away from wealthy citizens. So Sisko realizes that they hit Earth a few days before the Bell Riot, a moment that becomes crucial to the construction of the Star Trek universe.

As far as we can tell from the new trailer, Jean Luc Picard returns at the same time, “helped”, as usual, by the Q entity. “There are some moments that haunt us all our lives,” he can be heard saying in the trailer.

The two episodes that make up “Paste Tense” are considered some of the best the franchise has to offer, in large part because they directly address the lack of economic and racial justice in American society.

It’s hard to say if Picard will have anything significant to add to these episodes that have made history among Trek fans, but we can at least hope so.

In the United States, season two of “Star Trek: Picard” will begin on Paramount + on March 3. Amazon Prime Video will broadcast the series internationally, and the first episode will be available starting March 4.