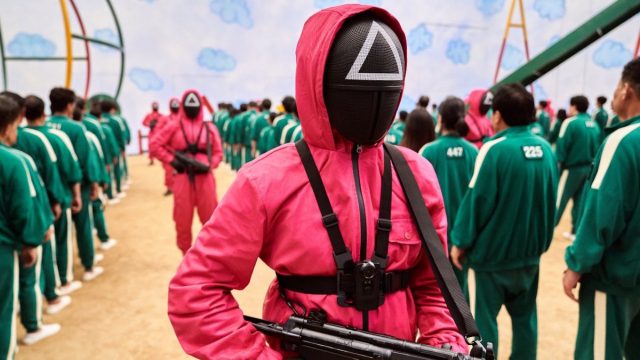 “Squid Game” is perhaps the most popular Netflix series of recent times. The exceptional script, as well as its staging, managed to bring together a considerable fan base.

Of course, the way the first season of “Squid Game” ended left room for interpretation, so the appearance of the second season of this serial phenomenon was, in the end, just a matter of time. Netflix has confirmed its entry into production, releasing a trailer that gives new clues as to how the action could continue.

Moreover, we can anticipate that this series will have several seasons in the future.

Squid Game may not stop for two seasons

Obviously, this series could receive many more seasons, since the success of the first one was worthy of all records. And when it comes to the inventiveness of South Korean creators, we are confident that they will find the ideal and logical continuation of the story, so that the new seasons do not disappoint, compared to the first.

Read:  VIDEO Glass Onion: A Knives Out Mystery gets a new trailer: when does the former James Bond film open?

“There is so much pressure, so much demand and so much love for the second season that I feel like you have no choice but to confirm that it will be a second season,” said Hwang Dong-Hyuk, director of Squid Game. ”.

Moreover, they, the South Koreans, always knew when to stop, when the popularity of a production fell. We trust that this will happen now, if at all.

“Squid Game” tells the story of several characters from different backgrounds, united by the same goal: to win a prize of 33 million euros, participating in a competition consisting of childhood games, taken to the extreme.

Read:  Charlie Cox returns to Netflix: what we know about Treason, so far

One by one, the players are eliminated from the game, and as they disappear, the amount in the huge bowl for the winner increases.

The trailer for the second season of “Squid Game”: