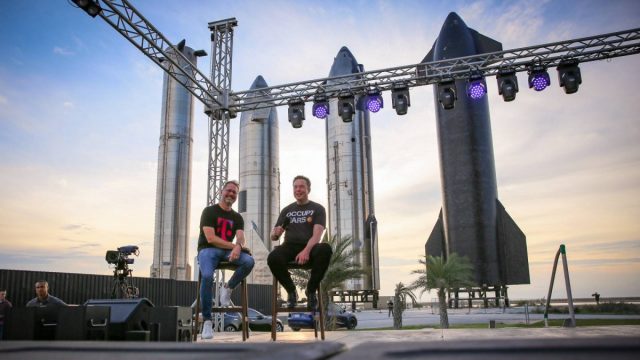 SpaceX and US mobile operator T-Mobile announced at a press conference that they will deliver 5G coverage wherever it’s needed, including the open ocean, by converting the most in 5G relays to satellites in the Starlink constellation.

The timing could be more significant than the initial launch of the Starlink network, meaning that anyone with a 5G-compatible phone will be able to get mobile coverage and mobile internet access from anywhere in the world and without the prospect of censorship by ordering a SIM card from one of Elon Musk’s company’s partner carriers.

For now, the announcement only targets T-Mobile customers across the US, promising them 5G coverage anywhere in the country and even across the ocean, as long as they have completely open skies overhead. Apparently, the only hardware requirement is that the 5G phone natively supports n41 band for 5G communications (part of the 2.5GHz spectrum).

Since we are talking about connections to 5G satellites in Earth orbit, we cannot expect the signal to penetrate inside buildings. What is certain is that T-Mobile describes the coverage achieved with Starlink satellites as a fallback, in case the connection cannot be achieved with ground-based telephone relays.

As a last resort, the fact that the Internet connection speed is capped at 2Mbps should not surprise anyone, especially since the service offered to T-Mobile customers is added at no extra cost to their subscription. Elon Musk also says that any connected satellite can handle between 1,000 and 2,000 phone calls simultaneously, along with countless SMS messages. Basically, T-Mobile’s coverage is fully assured across the US, without any further investment in setting up terrestrial relays.

Read:  Surprising discovery made on most new solar panels

The two companies present the collaboration as a backup solution, to be used in the event of natural disasters or other incidents that leave the primary cellular network down. In practice, it doesn’t take much imagination to realise that Starlink’s network actually has global coverage, and similar arrangements can be negotiated with telecom operators in other parts of the world.

Willy Rock - January 26, 2023 0
Sutterstock, one of the world's most popular photo sources, has officially launched its own AI-powered image generation solution. The company had already announced the...