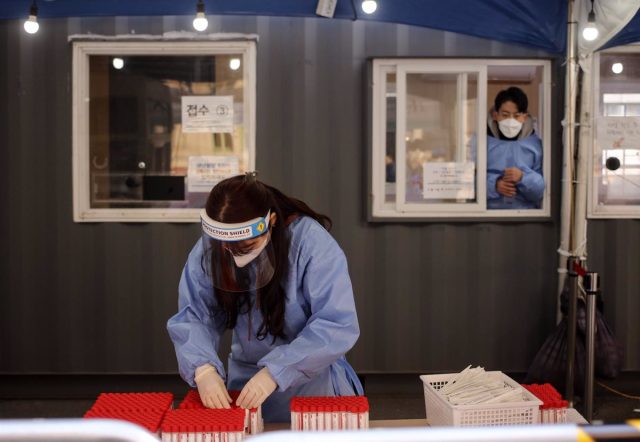 The South Korean authorities have notified this Sunday more than 38,000 new coronavirus infections in a single day, a record that has triggered the number of total cases in the country above one million, in the midst of a peak caused in part by the New Year holiday. New Lunar at the beginning of the month.

The Agency for Disease Control and Prevention (KCDA) has specifically confirmed 38,691 additional cases, bringing the total affected to 1,009,688. Daily cases have almost quintupled over the past two weeks, also due to the spread of the particularly contagious omicron variant.

The speed of contagion is such that it is feared that daily cases will reach 100,000 in the coming weeks, after the holiday, which ended on Wednesday, according to health authorities.

However, the number of daily deaths is relatively low compared to the maximum reached during the pandemic in December of last year, when deaths reached triple digits. Thus, in the last 24 hours, 15 new deaths have been registered, for a total of 6,873 deaths.

Among the deaths in the last few hours is the first death from COVID-19 of an adolescent in the country; a 16-year-old high school student who died in the southwestern city of Gwangju while receiving treatment

The number of patients with COVID-19 in critical condition stood at 272, which represented a decrease of three affected compared to the day before, according to the balance collected by the official South Korean news agency Yonhap.

Read:  Kremlin reports that Putin will not attend or speak by videoconference at UN General Assembly

As of Saturday, 28.17 million people, or 54.9 percent of the country’s 52 million people, have received booster shots and 44.11 million, or 86 percent, have been fully vaccinated.

In an effort to contain the virus, the government has decided to extend the current social distancing rules for a further two weeks, from Monday to February 20.