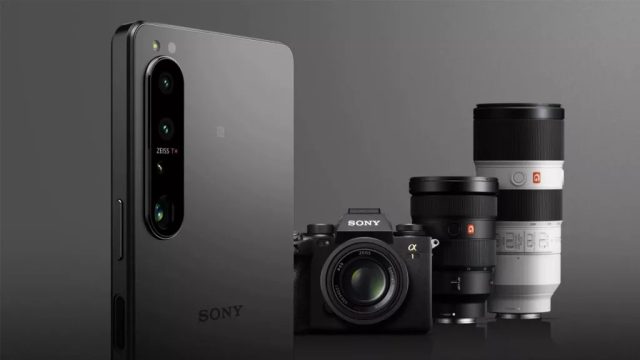 Sony, one of the world’s largest photo sensor manufacturers, recently launched an interesting theory through Sony Semiconductor Solutions President / CEO Terushi Shimizu. He claims that in just a few years, mobile phones will offer photo performance that will surpass dedicated cameras with interchangeable lenses. He referred to DSLRs, which are becoming increasingly rare, but a Sony presentation mentioned that they will surpass all types of cameras that can change the lens, including mirrorless ones.

Smartphone photography is probably the component that has invested the most money in recent years and the one that has evolved the most. The need to produce the best possible photos and videos to be published on social networks has pushed smartphone manufacturers to adopt the most advanced technologies for taking quality photos. Sensor manufacturers, such as Sony, have begun to develop larger solutions with very high resolutions, and each company is using image processors and AI co-processors to further enhance the frames made with these sensors.

Read:  Ukraine is finally receiving the weapon that can bring it victory against the Russians

Sony is one of the major players in the sensor market, with many companies buying such components for their mirrorless or DSLR cameras from the Japanese manufacturer, as well as in the camera and video camera market, where the Sony Alpha series leads in terms of performance in many ways. Thus, the statements of CEO Terushi Shimizu, who says that by 2024 phones will be able to produce better results than dedicated cameras, are at least interesting. The cameras will remain for professionals only

Shimizu mentioned technologies such as quantum saturation, AI processing and significantly larger sensors over the next two years. Currently, the largest smartphone sensors are comparable to those of 1 ”on compact cameras, but in the next two years, the CEO of Sony Semiconductor expects the size to double on top phones. Also, technologies such as Super HDR that can use multiple frames to take photos with more detail, but also multi-layer sensors, which can simultaneously capture multiple exposures to improve the dynamic range, could be things we can’t find on dedicated rooms.

Read:  The first 100% "civilian" space mission by Axiom Space arrived on the ISS

Dedicated cameras will certainly not go away, especially in the professional world, but for users who want quality photos and videos for vlogging, recording vacations or important life events, the phone may be enough, and dedicated rooms to get out of the accessible area, as they will no longer be needed.