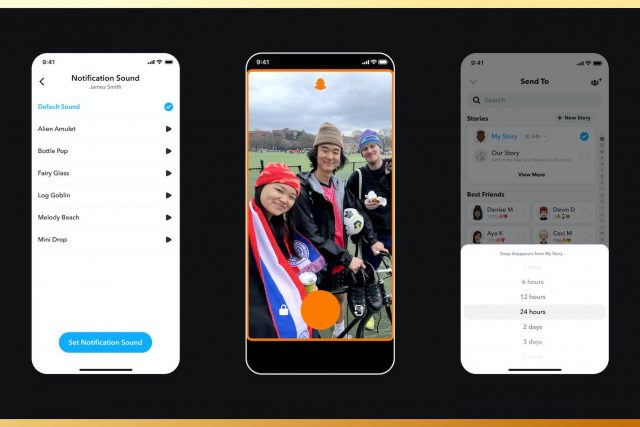 Social media app Snapchat has just integrated a feature into its Snapchat Plus membership that we’ll most likely see copied very soon by its market rivals. Most likely, Meta, which owns Facebook, Instagram and WhatsApp, will be the first to “borrow” the concept of stories on variable lengths, as it was also the first company to clone the entire Story functionality many years ago.

Snapchat now allows Plus subscribers to choose the shelf life of photos and videos on Story. So you can set them to expire in just one hour, six hours, 12 hours, 24 hours, as before, or between 2 and 7 days. The feature is called Custom Story Expiration and can be set for each individual story.

Snapchat announced at the launch of this subscription, which costs just 3 lei a month or 29 lei a year, that all of the features it introduces in the subscription will be exclusive for a limited time only. After a while, all these capabilities will be offered to those who do not pay for this subscription. Basically, you’re paying a modest amount to get early access and help test out these as-yet “unreleased” capabilities.

A similar strategy is adopted by Twitter, which tests new features first in the Twitter Blue subscription. Twitter, on the other hand, has not been as successful in copying other features from competitors. Fleets, its “clone” of stories, was shut down shortly after launch because users were not using it enough.