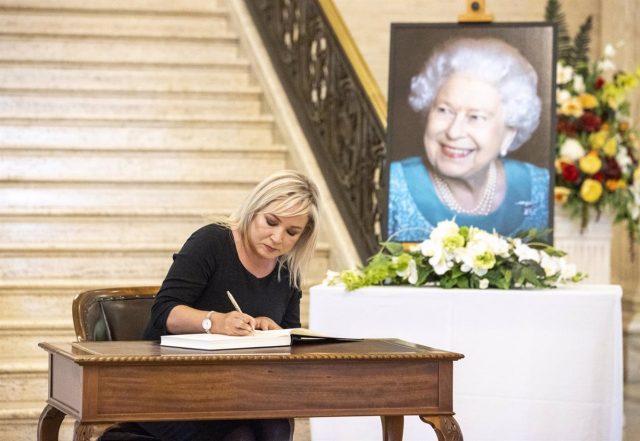 Sinn Féin vice-president Michelle O’Neill has stated that this Monday is “a sad day” for the family of the late Queen Elizabeth II and for those who, also in Northern Ireland, have a “British identity”.

“Today I respectfully join the leaders of Britain, Ireland and the international community at the funeral of Queen Elizabeth II,” O’Neill said, in a message of respect posted on Twitter hours before the ceremonies kick off at Westminster Abbey.

The Republican party, political heir of the IRA, has maintained in recent years its discourse in favor of the unification of the island of Ireland, but there have been several direct contacts with a monarchy to which they have not sworn allegiance.

In 2012, Elizabeth II and the then president of Sinn Féin, Gerry Adams, gave each other a historic handshake, and the party has been present at all the acts of homage of these last ten days except for those that involved the recognition of King Charles III.