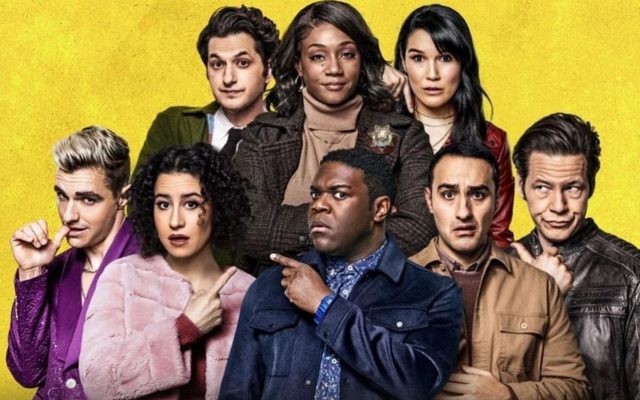 Creators Phil Lord and Christopher Miller have confirmed that more members of the cast of Season 1 will return for Season 2 of “The Afterparty,” the Apple TV + comedy series that has proven to be a real hit with audiences.

The series was released in January 2022 and received very good reviews, when we talk about the script, but also about the interpretation of the actors who play in the film. What is unique is that, in each episode, we have a different directorial style. Originally developed by Lord and Miller as a feature film, “The Afterparty” was later turned into a television series; in fact, on March 2, he also received the good news: there will be a sequel.

Read:  House of the Dragon fans seem to have already decided who the most "disliked" character is: how the ten-year jump has helped

“The Afterparty” focuses on a group of former classmates attending the high school reunion, where they reunite with old teenage loves.

As everyone moves to a post-reunion party at the mansion of pop star Xavier (Dave Franco), the host is found dead by a rock.

Each episode of “The Afterparty” is written and filmed to suit a particular genre of film. For example, the episode that focuses on the character played by Ike Barinholtz, Brett, a recently separated man, but also a loving father, takes place as an action movie in the style of “Fast & Furious”. Another episode, centered on the story of Yasper (Ben Schwartz), is filmed in the style of an upbeat musical.

Read:  REVIEW After Sun - the Irish film that manages to 'wake the demons from their slumber': why actor Paul Mescal deserves his Oscar nomination

Who will return in the second season of “The Afterparty”

Lord and Miller have revealed that several cast members will return for season 2 of “The Afterparty.” So far, Haddish has announced that he will return as Detective Danner in Season 2. It also appears that Aniq, played by Sam Richardson, has a real chance of returning to the film, although it is unclear whether while the information has not been confirmed.

An unofficial trailer can be seen here: