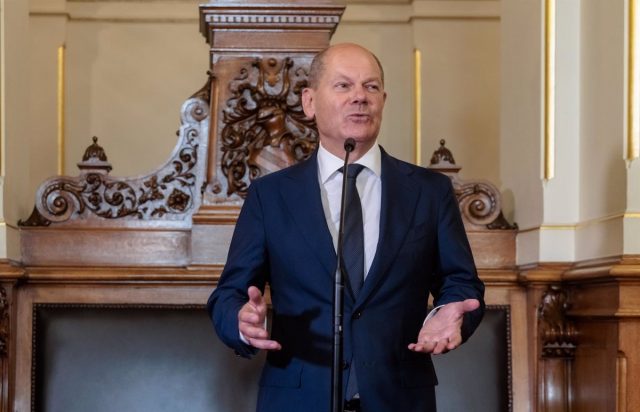 Germany’s Chancellor Olaf Scholz has warned two years after the poisoning of Russian opposition figure Alexei Navalni, a “brave man,” that Russia has toughened its crackdown on civil society in the wake of launching a military offensive against Ukraine in February.

“Freedom and democracy were already in danger before. But now freedom of speech is much more endangered and many are afraid to speak their minds,” Scholz said in a video released Saturday.

The chancellor stressed that “life is better in a democracy and in a state of law” and used Navalni’s case as an example of the treatment inflicted by the Russian authorities against those who step out of the official line set by the Kremlin.

Read:  More than 4.3 million refugees have fled Ukraine since Russia launched the invasion

The opposition figure was rushed away in August 2020 after being poisoned with a nerve agent in circumstances that have yet to be clarified. Navalni, currently in prison, has pointed to the Kremlin as responsible.

Scholz, who at the time headed the opposition in Germany, has explained that he spoke with Navalni during his stay in Berlin. “He returned to Russia because he wanted to fight for democracy, freedom and the rule of law,” he has pointed out.