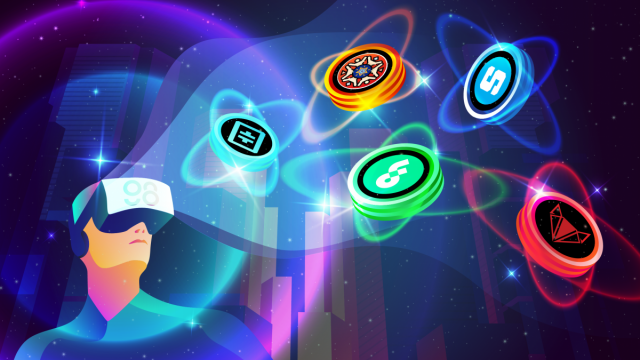 It’s a rough day across much of the crypto market, with losses in Bitcoin and Ethereum sending shockwaves through the ecosystem. And it’s the gaming and metaverse tokens that are among the biggest losers in the past 24 hours, including ApeCoin (APE) and STEPN (GMT).

ApeCoin, the Ethereum-based token of the Bored Ape Yacht Club ecosystem, has fallen more than 15 percent over the past day according to data from coingecko, with a total weekly plunge of 23 percent. The APE, which will power the upcoming Otherside metaverse, has been particularly volatile since its launch in March.

Meanwhile, the price of the Solana-based STEPN game’s GMT governance token has fallen 16% in the past 24 hours, with a roughly equivalent drop last week. Even the announcement of a partnership with Spanish soccer club Atlético de Madrid couldn’t stop STEPN’s token from losing much value today.

These are two of the biggest examples as of this writing, but there are others. Axie Infinity’s AXS governance token is down nearly 13% today, the MANA token in the Decentraland metaverse is down 12% and Enjin Coin (ENJ) is down over 11%, The Sandbox (SAND), is down 10%.

Today’s crypto market decline was attributed in part to calls for further Fed rate hikes in September, as well as declining activity in the decentralized finance (DeFi) space. Positions worth nearly $605 million have been liquidated in the past 24 hours as crypto-currency prices continue to fall, according to data from CoinGlass.

There are other big losers in today’s market, Flow (FLOW), the blockchain token behind NBA Top Shot and NFL All Day, is down 15% today and nearly 24% this week. This is despite the public launch of NFL All Day yesterday, after a long closed beta testing phase.

Blockchain platforms for NFT collectibles like Tezos and Polygon saw steeper declines than the market average today, too, down 11% and 10% respectively.

It’s on fire: Shiba Inu price up a whopping 18% at Shibarium beta launch!