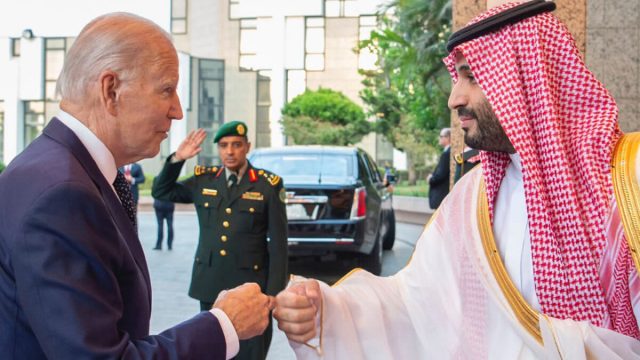 The report follows Joe Biden’s recent trip to the region in July, during which the U.S. president pressured the Saudis to produce more oil, but the Saudi government refused his requests.

The government of Saudi Arabia does not seem to like U.S. President Joe Biden, a Wall Street Journal (WSJ) article shows that Crown Prince Mohammed bin Salman and many others have mocked the American leader. Biden and Vice President Kamala Harris were also mocked on a television show broadcast in Saudi Arabia. The Saudi TV show openly mocks Biden’s alleged cognitive decline and uses the nickname “Sleepy Joe“.

He told his advisers that he had not been impressed with Joe Biden since his days as vice president, and that he much preferred former President Donald Trump, the people said.

The latest WSJ report and Saudi TV show openly mocking Biden follow Saudi Arabia’s request to join the BRICS nations. U.S. President Joe Biden was heavily criticized in America for having his reasons for visiting Saudi Arabia in July, when the U.S. president went there to ask the crown prince to increase oil production.

Instead, Biden chose to capitalize on a pressure stunt, and while the U.S. president called for more oil production, he continued to bring up the murder of Washington Post journalist Jamal Khashoggi.”I made my point very clear“, Biden said at the time. “I said, quite frankly, that for an American president to remain silent on a human rights issue is inconsistent with who we are and who I am.“

KJP: “I don’t have any comments.” pic.twitter.com/3ufik3dlT0

Read:  ECB says rate hikes are needed to reduce inflation in the Eurozone despite the recession