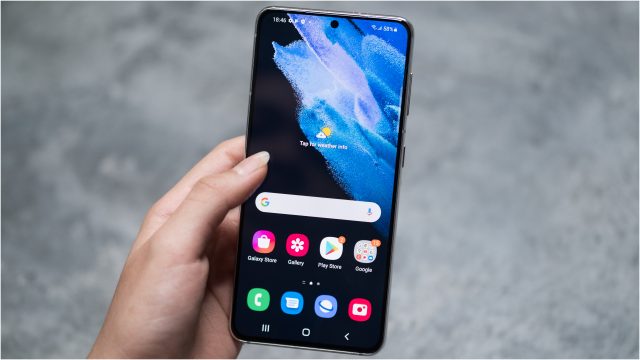 While Apple boasts record profits, Samsung is leading the way in smartphone deliveries, with statistics showing that far more people have bought Galaxy phones in 2021 than iPhones.

According to IDC’s centralized statistics, approximately 1.35 billion smartphones were shipped globally in 2021, maintaining the growth observed towards the end of 2020. However, reported declining deliveries for Q4-2021, compared to the same quarter in 2020, suggest that performance would may not be repeated in 2022.

“Shortages in supply chains with components have started to have a significant impact on the smartphone market as we enter the second half of the year, and the trend seems to be maintained at least in the first half of the year. 2022, ”said Ryan Reith, vice president of the IDC group.

According to the analysis company, consumer interest in foldable phones and 5G phones has grown strongly in 2021, with Samsung being one of the companies that has benefited the most from this trend.

Replacing the leading position in the top of smartphone deliveries, Samsung reached 2021 in 2021 in the global smartphone market, delivering no less than 272 million devices. Next in the ranking are Apple with 235.7 million units, Xiaomi with 191 million, Oppo with 133.5 million and Vivo with 128.3 million smartphones delivered in 2021.

Read:  Tesla is once again pricing Full Self-Driving. Now costs the same as a new car

Thus, 2021 is the first year after 2017 when the smartphone market registered an annual increase in deliveries, the recovery coming after the pandemic measures led to the collapse of sales in 2020.