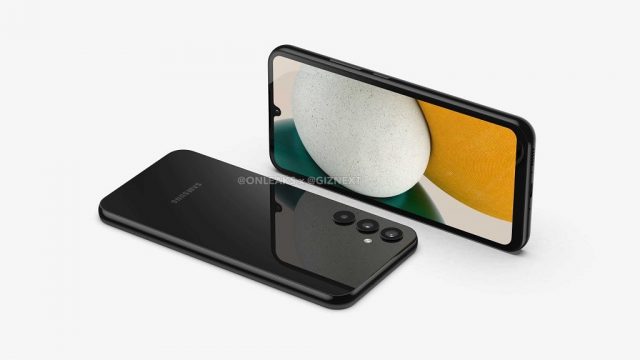 Expected for release on January 18, the Galaxy A34 5G comes with a larger screen than the previous model and a MediaTek chipset configuration, with Samsung dropping solutions from its own Exynos range for now.

Identified by model name SM-A346BThe Galaxy A34 takes over the design features of the current Galaxy Ultra series, ditching the camera “island”. Also featured in the Geekbench catalogue, the new Galaxy A model comes with Dimensity 1080, a 6nm MediaTek chipset, featuring 5G connectivity and an octa-core CPU in 2x Cortex-A78 at 2.6GHz + 6x Cortex-A55 at 2.0GHz. While not very impressive, the performance still outperforms the current Galaxy A53 5G model by a considerable margin, which has been criticised for a less than smooth user experience. However, the Geekbench results are somewhat lower than those seen on the Realme 10 Pro+, another Dimensity 1080 smartphone already released for the Chinese market late last year.

As for the design of the Galaxy A34 5G, rumors say that Samsung will not repeat the mistakes made with the current A33 model, presented as a “pale” copy of the better-rated Galaxy A53. Instead, the A34 will feature design lines carried over from the latest Galaxy S models, plus a camera assortment that excludes the quasi-useless depth sensor. According to sketches already sent to accessory manufacturers, the Galaxy A34 will only be released in a 5G version, in a 161.3 x 77.7 x 8.2 mm case. Framed by a slightly narrower bezel with infinity-U cutout, the LCD screen combines FHD+ resolution with a diagonal also increased to 6.5 inches (from 6.4 inches for the A33).