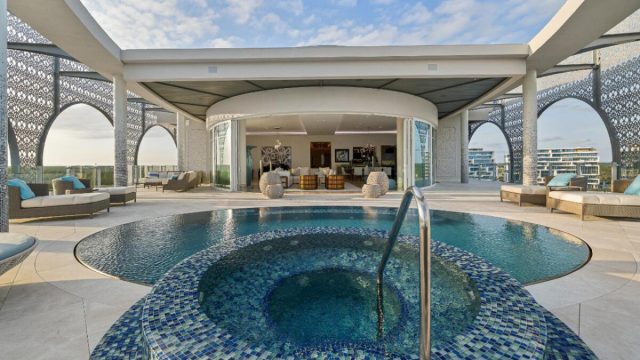 Based on a recently released real estate ad, former FTX CEO Sam Bankman-Fried (SBF) is reportedly selling a 12,000 square foot penthouse in the Bahamas for $39.9 million. In addition, the news details that FTX Property Holdings has spent approximately $74 million on real estate purchases in the Albany Bahamas coastal district.

A mansion in the Bahamas called the “Orchid Building” sold for nearly $40 million.

Over the weekend, the web portal seasidebahamas.com published a list of real estate that would be linked to former FTX CEO Sam Bankman-Fried (SBF). The property, dubbed the “Orchid Building,” is located in a 600-acre resort called Albany Bahamas or Albany Resort.

The asking price for the 1,100-square-foot penthouse is about $39.9 million, according to the ad, and the maintenance fee for the home of the supposedly efficient SBF altruist is about $21,000. SBF’s apartment ad made waves on Twitter when it was posted by the Twitter account nicknamed “Autism Capital“.

Read:  ECB embraces digital payments: find out how the digital euro can meet the growing needs of consumers!

A large portion of the commenters in the Autism Capital thread mentioned SBF’s so-called altruistic nature, which he regularly boasts about. “Effective altruism housing,“a person made fun of in the Twitter thread. “This mansion screams effective altruism“, said another person. wrote.

According to a report, FTX Property Holdings has spent $74 million on real estate in the Bahamas, FTX has purchased properties in Tokyo and in Miami’s Brickell financial district.

In addition to the Albany neighborhood mansion, a report in The Block indicates that FTX reportedly spent $74 million on Bahamian real estate purchases. Reporters Kollen Post and Frank Chaparro witnessed documents showing that “FTX Property Holdings spent $74,230,193 on properties in the Bahamas in 2022.“

about a month out from moving into our new Tokyo office pic.twitter.com/o3bGbqxKtr

The report also details that $67.4 million went to properties in the Albany Bahamas district. In addition to the Albany properties, the report says SBF bought a condo at One Cable Beach for $2 million. FTX’s subsidiary, FTX Property Holdings, is listed in the company’s bankruptcy protection case filed in Delaware.

FTX also purchased real estate in Miami, Florida, according to the following reports detail that FTX was building a “permanent space that could accommodate 16 to 18 employees.” FTX’s office was located in Miami’s Brickell financial district and the company also shared a video of a new office in Tokyo on November 7, 2022, just days before it filed for bankruptcy.