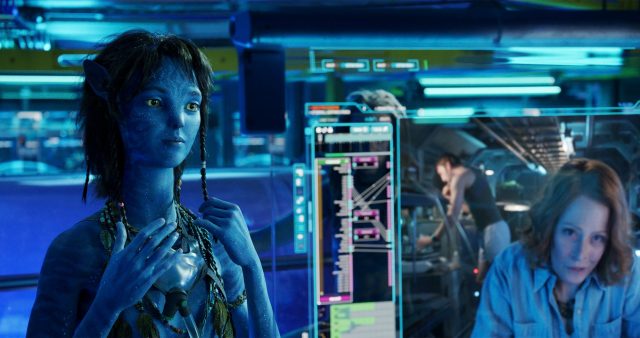 Avatar: The Way of Water director James Cameron has revealed the interesting way Sigourney Weaver managed to change her character.

Weaver appeared in the original 2009 Avatar film as Dr Grace Augustine. While it might seem natural that she would return in the sequel, which will debut in theaters on December 16, Augustine died during the first film, so this time around, Weaver has taken over the role of Kiri.

Recently, THR spoke with James Cameron about the big release of Avatar: The Way of Water. During the conversation, he shared that Sigourney Weaver has made a substantial change to her own character. The star requested a slightly sleeker design that would better suit the animated character.

Kiri, the character played by Sigourney Weaver, will play a pivotal role in Avatar 2

Although a new character, Kiri will play a very important role in the overall dynamic of Avatar: The Way of Water.

The script will present a new challenge to the inhabitants of Pandora with the return of humans intent on hunting down and exterminating the Na’vi.

Kiri is the adopted daughter of Jake and Neytiri, a teenage Na’vi girl who has become an essential part of the family.

What we know, so far, is that the character Kiri is fourteen years old. She is the biological daughter of the late Grace. In other words, Sigourney Weaver’s sourpuss “DNA” goes down the maternal path directly to Kiri.

As previously mentioned, Avatar: Path of Water is set to officially open in theaters in about two weeks, so it remains to be seen if it will be as successful in attracting audiences as the first film did in 2009.

At the time, Avatar managed to break all possible records, so expectations for the sequel are pretty high. However, we can’t help but notice that Avatar 2 is happening a bit late, so it has a few hurdles to overcome to catch up to the first part.