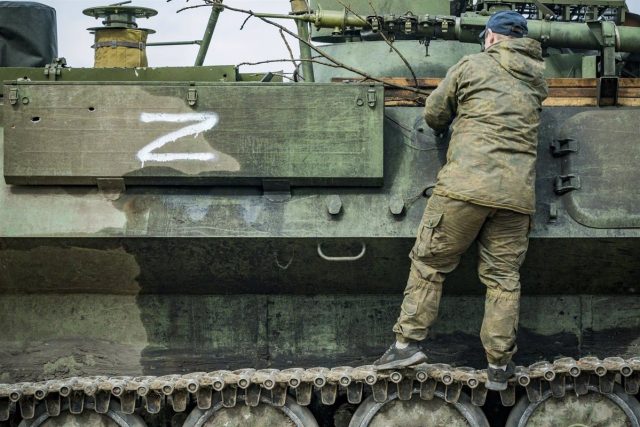 The American newspaper ‘The New York Times’ has brought to light verified audios of Russian soldiers talking on the phone from the battlefield in Ukraine with their relatives in Russia, and in which they criticize Putin’s management of the war, the dismal conditions of their regiments or the difficulty to cope with Ukrainian troops.

“We are in Bucha. Our defense is stalled, we are losing this war. We have been given orders to kill everyone we see (…) Putin is an idiot. He wants to take Kiev, but there is no way to do it,” said one of the Russian soldiers in the audios to which the aforementioned newspaper has had access.

Behind thousands of calls made between the servicemen and their families in Russia, there were the Ukrainian government and its intelligence services recording and analyzing each of them. Until now, these audios had not been made public.

Read:  Moldova prevents Russian forces stationed in the separatist Transnistria region from entering other parts of the country

In these phone calls to friends and family at home, Russian soldiers gave damning insider accounts of battlefield failures and executions of civilians, as well as criticizing the Russian president just weeks before the invasion of Ukraine began.

“Mom, this war is the worst decision our government has ever made. When is it all going to end, Putin? Fuck,” expressed a Russian military man to his mother, who responded by admitting that in Russia the media reported that everything was going “according to plan”.

Thanks to the audios one can also get a glimpse of the losses the Russian Armed Forces were registering at the beginning of the war. A soldier of the 331st Airborne Regiment reported that the entire second battalion of 600 soldiers was “annihilated.”

Read:  Borrell presents to Iran and the US a closed text to recover the nuclear agreement

Another member of the Russian Armed Forces, asked by a relative about the death toll, replied that in his regiment one-third of the soldiers had lost their lives.

These audios, which provide insight into the situation on the front by Russian troops, have been verified by ‘The New York Times’ by cross-referencing Russian phone numbers with messaging applications, a process that has taken two months.

Russian President Vladimir Putin announced last week a “partial mobilization” of the population in the midst of the war in Ukraine, where Russian forces have suffered several setbacks in recent weeks following a series of counter-offensives by Ukrainian troops.

The Ukrainian Armed Forces have recovered part of the territory previously “occupied” by Russia in the east of the country, as in the case of the city of Izium, where mass graves with hundreds of bodies have been found.