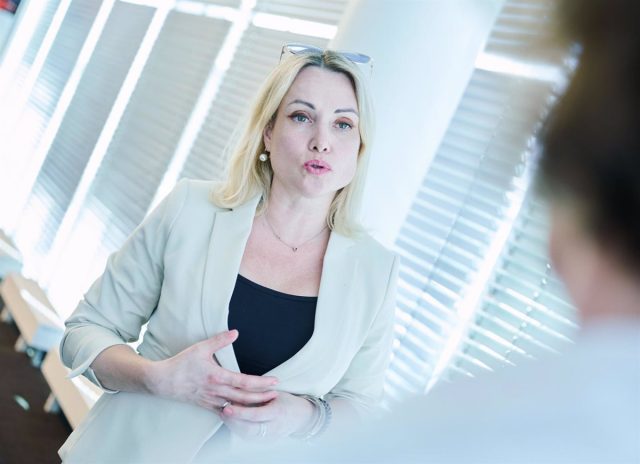 Russian police on Wednesday raided the home of journalist Marina Ovsyannikova, who in March interrupted a live program on Russian state television to denounce the Russian military offensive against Ukraine.

Security forces have entered the home of the journalist, now accused of discrediting the Russian Army, without the presence of her lawyers, as denounced by the human rights advocacy group OVD-Info.

Ovsyannikova, who has had to pay several fines for being critical of the war in Ukraine, could face up to fifteen years in prison for making comments contrary to the actions of the Russian Armed Forces through the social network Facebook.

Lawyer Dimistri Zakhvatov said the raid could be due to recent comments made by the journalist, who has called the Russian military “fascist” and called President Vladimir Putin a “murderer”.

Ovsyannikova, who had been considered loyal to the editorial line of the network for which she worked, has been recognized worldwide for her actions. After what happened she went to work for the German newspaper ‘Die Welt’.