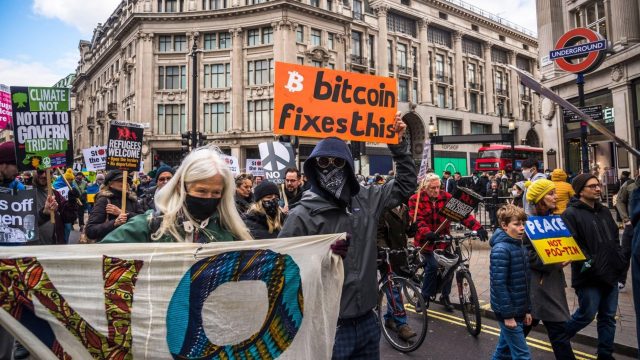 The Russian-born father of the blockchain Ethereum has donated $ 5 million worth of Ether (ETH) cryptocurrencies to Ukraine.

Vitalik Buterin, who is a Canadian citizen, harshly criticized Vladimir Putin immediately after the Russian army entered Ukraine on February 24th. “It is a crime against Ukrainian and Russian citizens,” he wrote on Twitter in Russian. “Ethereum is neutral, but I’m not,” he said.

The entrepreneur was born in Kolomna, Russia, after the break-up of the Soviet Union, and his family later emigrated to Canada in 2000, the year Putin became president. Buterin discovered Bitcoin (BTC) when he was 17 years old. He started writing articles about virtual currency and was the co-founder of Bitcoin Magazine. Later, the young man dropped out of college and dedicated himself to his own blockchain project, which became Ethereum.

Read:  Apple iMessage gets a security feature that makes it nearly impossible to intercept conversations

Recently, the entrepreneur donated 750 ETH to the Unchain Fund, an organization created by cryptocurrency investors to support humanitarian programs in Ukraine. Buterin has donated another 750 ETH to Aid For Ukraine, a fund launched by the Kyiv Ministry of Digital Transformation, Finbold reports.

Read also: The change made in Overwatch after Russia invaded Ukraine

Much of the proceeds from cryptocurrency donations are spent in Ukraine on equipment and supplies that go directly to the military. A large percentage of payments are made directly in digital currencies, not in dollars or euros.

The war in Ukraine did not affect the major cryptocurrencies

Virtual currencies have proven to be essential for the Russian-invaded state after the services of many banks and financial institutions were disrupted or even taken out of the war.

The world’s two largest cryptocurrencies, Bitcoin and Ether, appreciated after the outbreak of war. People and institutions have been looking for new financial vehicles to protect themselves from rising inflation, as stock markets are going through a difficult period.

“This war increases the value of Bitcoin as a global digital reserve asset, while Ethereum is evolving into the collateral of the Internet,” wrote Bloomberg Intelligence analyst Mike McGlone.

About BTC and ETH, some analysts believe that they are consolidating their positions of safe havens, alternatives to gold, during this period.