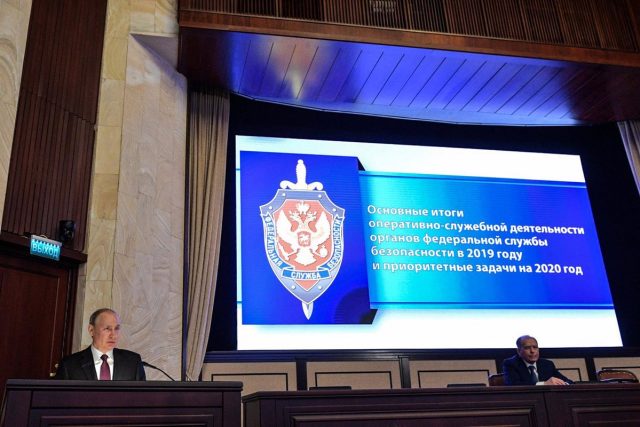 Russia’s Federal Security Service (FSB) announced Friday that it has dismantled a suspected cell of the Islamic State jihadist organization as it was about to commit an attack on infrastructure in the Stavropol region, in the southwest of the country.

The FSB has confirmed that an unspecified number of members of this cell had Russian citizenship and were acting on the orders of “foreign logistical elements” with the intention of committing “a terrorist act at one of the transport infrastructure facilities in the region.”

All the detainees were in Stavropol at the time of their arrest, according to the FSB media center statement picked up by the Interfax agency.

During the raids, FSB officers found and seized “subversive components and elements purchased by them for the manufacture of an improvised explosive device (IED) and means of secret communication,” the release said.