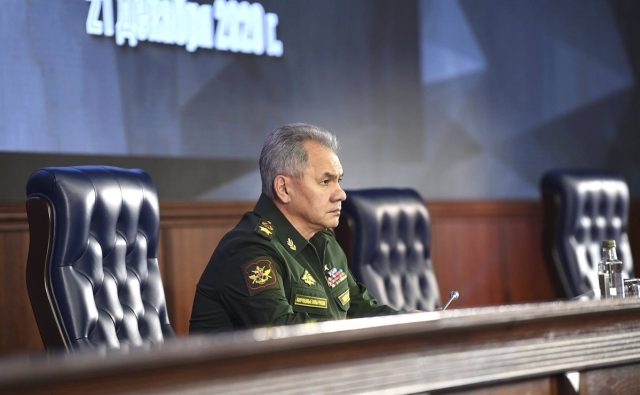 The Russian government has assured this Friday that the forces of the self-proclaimed Donetsk People’s Republic have taken control of the city of Volnovaja, in eastern Ukraine, as part of the military offensive launched on February 24 by Russia.

“A group of troops from the Donetsk People’s Republic has liberated the city of Volnovakha,” Russian Defense Ministry spokesman Igor Konashenkov said. “Olginka, Veliko-Anadoy and Zeleny Gay settlements have also been brought under control,” he noted.

Thus, he stressed that “the advance in depth is six kilometers”, before adding that the militias of the Donetsk People’s Republic have continued to tighten the siege in Mariupol, as reported by the Russian news agency TASS.

Along these lines, the spokesman for the Donetsk militias, Eduard Basurin, stressed that “the taking of Volnovakha” is an important advance. “The resistance was of great importance. It is a small victory that will lead to a big one: the taking of Mariupol,” he pointed out.

“The spirit of the Ukrainian Army will be broken. They were convinced that no one would come to help them. People are still in the cellars, it is necessary to do one last check, clean the city and then return to normal life,” Basurin said, according to TASS. .

Hours earlier, the president of Ukraine, Volodimir Zelenski, had reiterated his call for a ceasefire in Mariúpol and Volvovaja. “Mariupol and Volnovakha are still completely blocked. Despite the fact that we did everything necessary for the work of the humanitarian corridor, the Russian troops never stopped firing,” he said.

Finally, Zelensky denounced that “the invaders launched a tank attack exactly where a humanitarian corridor was supposed to be.” “The corridor of life for the residents of Mariupol,” he lamented in a speech to the nation.