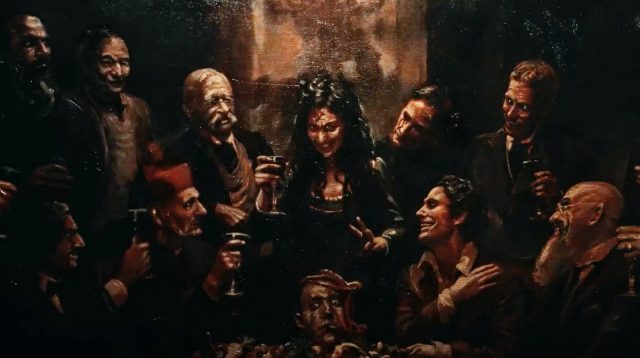 If you don’t know what else to watch, on Netflix, and you like horror movies, maybe you shouldn’t miss Guillermo del Toro’s Cabinet of Curiosities.

The eight-episode series is quite reminiscent of Tales from the Crypt, and we haven’t decided if that’s a good thing, or not, since in the 1990s and earlier, the standards were quite different.

Guillermo del Toro’s Cabinet of Curiosities, for better or worse

Of course, it’s easy to understand what the director wanted to do with Guillermo del Toro’s Cabinet of Curiosities: pay homage to the serializers of horror stories that many of us remember from our childhoods.

Read:  Important news for all drivers in Romania: there are several variants of RCA

Beyond that, it’s not quite sure how well Guillermo del Toro managed to do this, since out of eight stories, we can only count two good ones. Obviously, choosing the best episodes is ultimately a matter of taste. The ones we’re referring to are The Autopsy (episode number 3) and The Murmuring (episode number 8 and the last one).

If episode 3 stands out strictly for its well-crafted storytelling, episode 8 also stands out for the cast that includes Andrew Lincoln (who you’ve seen for years on The Walking Dead).

And while we’re on the subject of casting, Harry Potter fans might enjoy seeing Rupert Grint in episode number 6, called “Dreams in the Witch House”.

Read:  Romanians are starting to care about the future: how many have taken electric cars, what the numbers say

In case I’ve made you the least bit curious, it might not hurt to “waste” a few hours of your life watching all eight episodes of Guillermo del Toro’s Cabinet of Curiosities. Not to say otherwise, but everyone owes it to themselves to experiment before actually having an opinion.

Ion Besoiu turned many films, but also colleagues in security: informant “Bogdan” would have received gifts and money from the Communists in exchange for...

VIDEO Champions got trailer: what we know so far about the latest Woody Harrelson movie

The alternative to Netflix: what’s the surprise new streaming network, how are rivals aligning