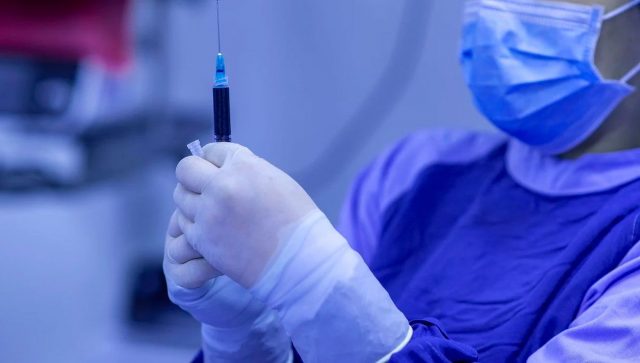 The poliovirus has been detected in the wastewater New York City. At the end of July, the New York health authorities detected the first case of polio in nearly a decade. The affected person, a resident of Rockland County, developed a paralysis after contracting the infection. So far, there were no further indications of the spread of this disease. This Friday, however, the finding of the virus in the city’s sewage water indicates that poliovirus could be circulating. and that, in turn, the disease could be more widespread than previously thought.

Following this finding, and fearing that polio will start a polio outbreak in the city, the health authorities have asked citizens who have not yet been vaccinated to get immunized. as soon as possible against this disease. As announced on Friday, New York is now making available clinics and vaccination centers To immunize unvaccinated residents. Especially in the case of childrenwho, in case of infection, could suffer the most serious consequences.

“The risk to New Yorkers is real, but lhe defense is very simple: getting vaccinated against poliomyelitis“, said Dr. Ashwin Vasan, health commissioner of New York City, on Friday. “With polio circulating in our communities, there’s no nothing more essential than vaccinating our children. to protect them from this virus. And if you are an unvaccinated or under-vaccinated adult, you can also we ask that you choose to get vaccinated now“, added the health spokesman at a press appearance this morning.

According to the region’s health records, 80% of New Yorkers have received a complete vaccination schedule cagainst poliomyelitis. This figure, however, varies by neighborhood. While in areas such as Manhattan it is estimated that more than 90% of children under 5 years of age have been vaccinated against polio, in Brooklyn and Staten Island the percentage is as much as 10% lower. Some estimates also suggest that the arrival of the pandemic has led to a further decline in these figures, as the health crisis has caused many parents to delay their children’s vaccination schedule.

Read:  What is the Ramsay Hunt syndrome that paralyzes Justin Bieber's face?

The virus responsible for this disease is spread either by. direct contact with an infected person or, less frequently, through contaminated food and water. In some cases, the infection occurs asymptomaticallyso that affected individuals can transmit the virus even when they do not appear ill. In other cases, the polio may produce mild symptoms flu-like symptoms which may take up to 30 days to appear.

The great danger of this disease is severe cases. “Polio can lead to paralysis and even death“, New York health authorities have warned. It is estimated that 4% of those affected may develop viral meningitis, and about one in 200 may suffer from irreversible paralysis. In the most severe cases, the infection caused by this virus can also lead to death. Experts point out that, although polio can affect people of any agemost of those severely affected by the infection are children under three years of age. Hence, once again, the need to immunize this group is emphasized.