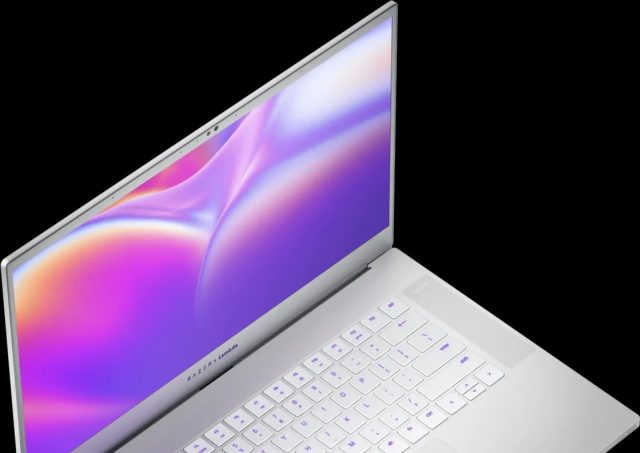 Razer, a company best known for gaming peripherals and, more recently, gaming laptops, has announced a new, unusual partnership. The Chinese company has partnered with Lambda to develop a Razerbook model dedicated to software developers and scientific researchers. It’s called the Razer x Lambda Tensorbook and is a computer that comes with Linux and the software support needed to run AI tasks. At its core, however, it retains the gaming configuration for which Blade series laptops are known.

Basically, we are dealing with a Razer Blade 15 Advanced model in the 2021 version, slightly modified on the outside. Tensorbook comes with a gray case, compared to the black color that has dominated Razer laptops so far. Inside, the laptop uses the same top components: an 11th generation Intel Core i7, a GeForce RTX 3080 Max-Q GPU, 64GB of RAM, a 2TB SSD, and a 1440p to 165 “screen with a diagonal of 15, 6 ”. Basically, if you want, you can install games on it and they will run smoothly, either via Steam or by installing the Windows operating system.

However, being a research laptop, it needs fast connectivity, and the two Thunderbolt 4 ports, along with three USB 3.2 Type-A ports, as well as a card reader, should cover most use cases, or provide the ability to add the necessary adapters. Wi-Fi 6E and Bluetooth 5.2 are also included. The price for this model in this configuration is 3,500 US dollars, and those who pay extra, up to $ 4,099, receive extras and premium technical support. In addition to Linux, the laptop comes pre-installed with PyTorch, Tensorflow, CUDA and DNN, applications used in AI research. They use the Tensor cores on the graphics card to speed up such tasks.

Now that this precedent exists, perhaps Razer will launch a “gaming” Blade with Linux, especially since recently, gaming on Linux has developed through the Proton software compatibility layer. Valve demonstrated the power of Proton with the release of Steam Deck, its portable Linux console, which can run certain Windows games without any problems.