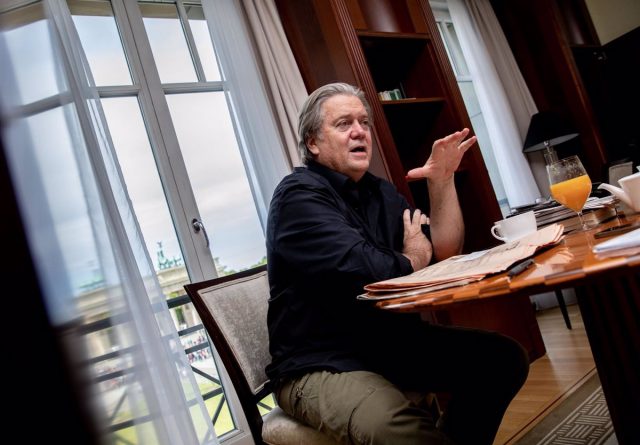 Steve Bannon, once ideological and strategic advisor to former US President Donald Trump, has been accused Tuesday of believing himself “above the law” during his trial for refusing to cooperate with the investigation into the assault on the *US Capitol on January 6, 2021.

Prosecutor Amanda Vaughn told jurors Tuesday that the subpoena issued last September, “was not optional. It was not a request. And it was not an invitation. It was mandatory (…) and the defendant decided that he was above the law”, as reported by ‘The New Daily’.

For his part, Bannon’s lawyer, Evan Corcoran has defended that Bannon did not ignore the subpoena and that, in fact, he engaged with the committee in the belief that he would negotiate with his lawyer and that his deadlines “were not fixed, they were flexible.”

Bannon, 68, has pleaded not guilty to two misdemeanor counts of contempt of Congress, filed after he refused to testify or turn over documents to the Democrat-led House select committee last year.

In this regard, Vaughn has asserted that the committee has reason to believe that Bannon may have information about the events leading up to the assault on Capitol Hill.

Bannon faces one criminal charge for his refusal to appear before the legislative committee and another for refusing to turn over documents. Each charge could land him between 30 days and a year in prison.

Bannon was charged last year with two counts of criminal contempt of Congress for ignoring a subpoena that the former Trump adviser chose to ignore, protected by law, according to his version, to protect his superior.

Trump’s defeat at the polls and his constant allegations of voting irregularities, never accepted by the courts, was one of the triggers for the insurrection.