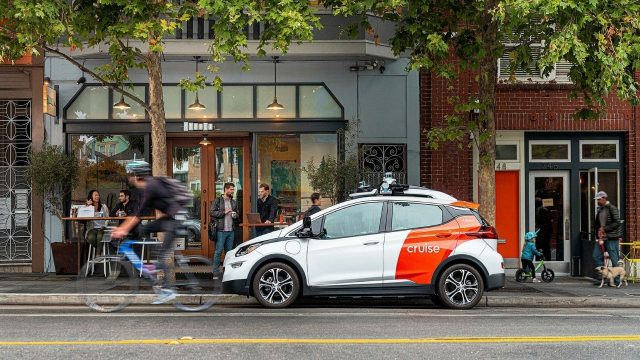 The future is a strange place.

Since February, General Motors Cruise’s self-driving unit has offered public taxi rides in San Francisco. And for the most part, it seems that the service did not encounter any notable problems. That was until a strange situation occurred last weekend, when one of the company’s vehicles left the police confused by its response to a routine traffic stop.

The video you see below was first posted on April 2, but it started circulating only after 9to5 editor Seth Weintraub shared it on his personal Twitter account. It shows San Francisco police trying to stop a driverless vehicle in the Richmond district of the city, only for the car to leave the scene, while a group of spectators watch the scene with distrust.

Welcome to the future. Cop pulls over driverless car (because no lights?) Then Cruise goes on the lamb. (via https://t.co/mtmsIeOAUP) pic.twitter.com/ecQ5xXuSnS

Autonomous cars can be a problem for the authorities

One day after Weintraub shared the video, Cruise commented on the video, saying that his vehicle gave way to police and moved to the nearest safe location for that traffic stop. “An officer contacted Cruise staff and no summons was issued,” the company said. “We work closely with SFPD on how to interact with our vehicles, including a dedicated phone number to call in situations like this.”

It is not clear why the police stopped the vehicle, but it appears that the car did not have its headlights on.

What is clear, however, is that such events will become more frequent as the number of autonomous cars increases.