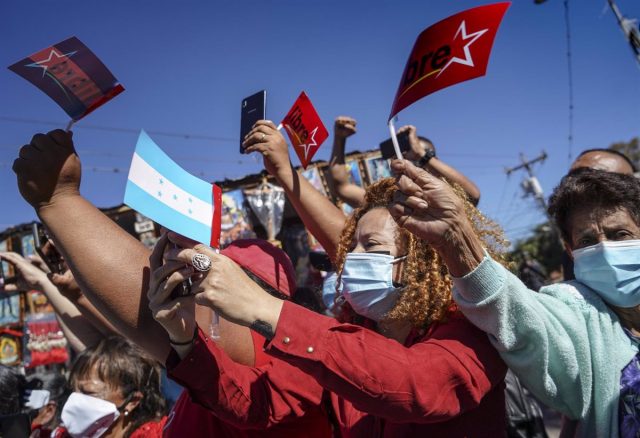 A judge has suspended from his position as deputy the representative of the Libertad y Refundación (Libre) party of Honduras Mauricio Rivera after opening a case against him in which he is accused of three crimes for damages, influence peddling and disturbing the public order.

However, the crimes of violence against women and coercion of which he had also been accused for the disturbances caused together with members of his party in the facilities of Ciudad Mujer, in the protest for the new appointments in the institution that groups the public services provided to women in the country, have been dismissed.

The former president of Honduras Manuel Zelaya has issued a message in solidarity to the Libre deputy on his social networks. “As General Coordinator of Libre, my solidarity to recover the exercise of his investiture to Congressman Mauricio Rivera.”

In addition to suspending him from his post during the development of the judicial process, the judge has maintained the measures previously interposed by which he cannot leave the country, must appear once a week to sign in the Supreme Court of Justice and is prohibited from visiting Ciudad Mujer or any of those involved, according to ‘El Heraldo’.

The defendant has defended that he is not worried about having to interrupt his professional activity. “Absolutely nothing happens (…) For proposing a woman they have kept me this decision, we respect and continue to face justice. In the end we will know that the truth will set us free,” he said.