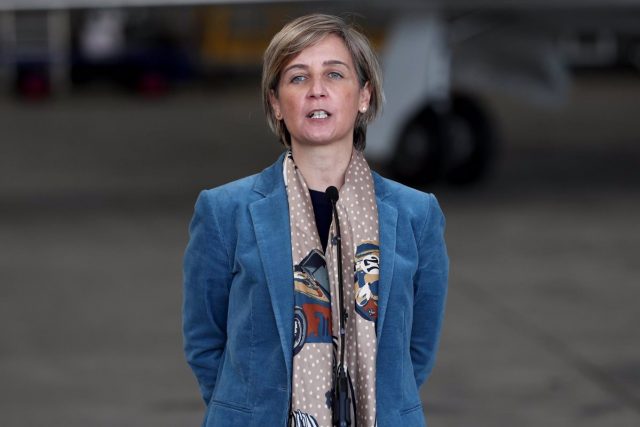 Marta Temido has tendered her resignation as Portugal’s health minister to Prime Minister António Costa on Tuesday, after considering that she no longer meets “the conditions for the position” and at a time of growing controversy over the death of a pregnant tourist.

Costa said in a first statement that he “respects the decision” and thanks Temido for “all the work” he has carried out since he took over the portfolio in 2018, especially regarding his management of the health crisis caused by the pandemic, which made him one of the most recognized and popular cabinet members.

However, in a subsequent appearance, the prime minister has admitted that the death of a pregnant woman who was not initially treated in a Lisbon hospital due to the saturation of the neonatology service may have been the straw that broke the camel’s back.

Read:  Taiwan shoots down a suspected Chinese drone for the first time near Kinmen

“I understand that it is set as a red line that deaths occur in a process that takes place in services under your tutelage,” Costa has said to the media. The health sector has been in the spotlight due to the limitations that emergency and gynecology services have been suffering.

Temido has been at the helm of the Ministry of Health for the last three years of the Costa government after succeeding Adalberto Campos Fernandes. Pending his replacement, the portfolio remains in the hands of the Deputy Secretary of State, António Lacerda Sales, and the Secretary of State for Health, Maria de Fátima Fonseca.

Costa has assured that he has not yet thought of the name of the person who will occupy the Ministry definitively, but government sources quoted by Lusa news agency and RTP channel have warned that there will be no imminent announcement.