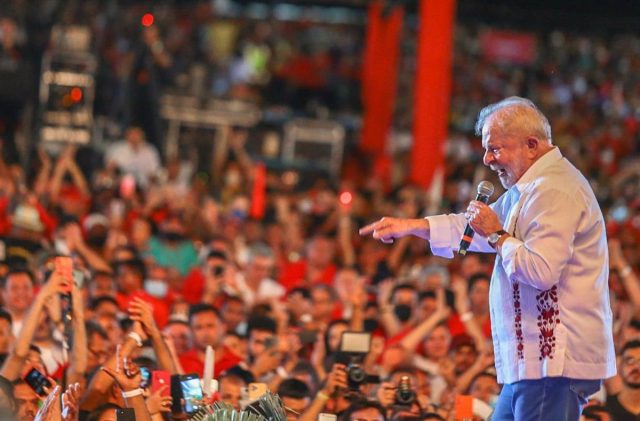 The Workers’ Party (PT) candidate for the Presidency of Brazil, Luiz Inácio Lula da Silva, maintains a wide lead over the country’s current president, Jair Bolsonaro, who has closed the gap between the election candidates.

Lula is positioned first ahead of the presidential race, with 47 percent of voting intentions; while Bolsonaro (Liberal Party) is in second place with 32 percent of the votes, according to a latest Datafolha poll published Thursday.

According to these data, if the elections were held today, the PT could win the first round of the elections, as indicated by the Brazilian newspaper ‘O Globo’.

The difference is now 15 percentage points. At the end of July the distance between both candidates was 18 points; in May it was 21 points.

As for a runoff between Lula and Bolsonaro, polls indicate that the former would obtain 54 percent against 37 percent for the latter. A month ago the difference was greater, Lula reached 55 percent against Bolsonaro’s 35 percent.

Read:  Putin calls for elimination of "anti-Russian enclave" in Ukraine