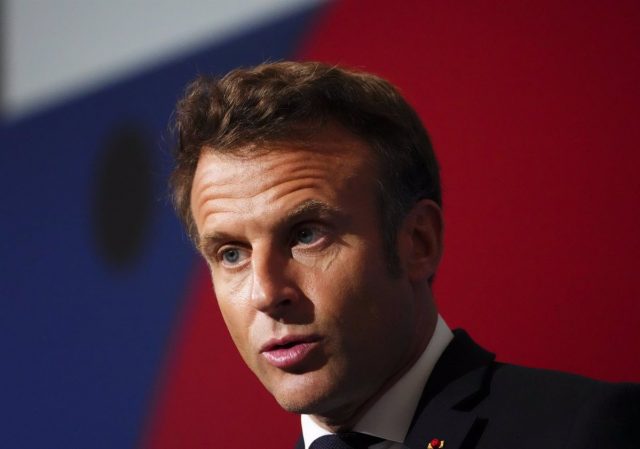 The president of France, Emmanuel Macron, has considered that his counterpart of Russia, Vladimir Putin, is carrying out a “blackmail” when he threatens to use nuclear weaponry to respond to the alleged risks arising from the war in Ukraine.

“He has these weapons at his disposal and the risk is always there, but it is also a form of pressure,” said Macron, in an interview with the BFMTV channel in which he pointed out that the partial mobilization announced on Wednesday implies that “Russia has decided to move to a new phase in the escalation.”

The French president pointed out that the step taken now by Putin is connected with the counter-offensive launched by the Ukrainian forces, the “complex” economic situation within Russia and the isolation suffered by Moscow in the diplomatic sphere.

Macron believes it is time to continue to increase “pressure” on Putin and maintain aid to Ukraine, something he hopes to “convince” France’s allied countries of.

However, he has also recognized that the war “will only end around a table”, defending a dialogue that, as he himself has recognized, is right now “at an ‘impasse'”. “We have to succeed in restoring the conditions for a peace dialogue,” he has stressed.

Read:  At least eight miners trapped after coal mine collapse in Mexico

Macron agrees with the president of Ukraine, Volodimir Zelenski, that it is necessary to return to “the February lines”, i.e. that Russia renounce all the territories occupied since then, and to guarantee “territorial integrity”.