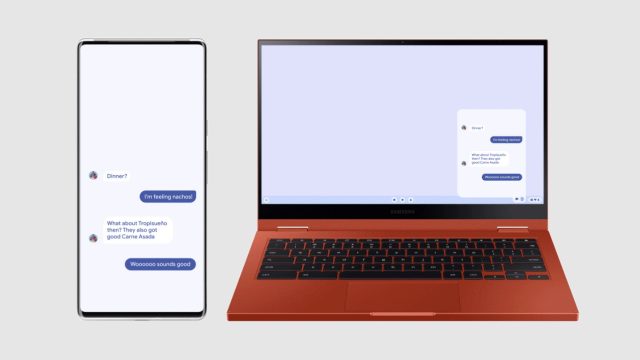 Google’s new feature for Pixel phone owners works like a streaming service, simply by sending the interface of applications running on your Android phone to the desktop of Windows 11 PCs.

Reserved for devices with Android 13 or at least updated to this version of the Google platform, the functionality comes as an alternative to desktop mode (eg Samsung DEX), allowing the use of your favorite mobile applications directly on the device on which they are already configured, simply played in -a Windows window. At the same time, the same functionality will be available to Chromebook laptop owners. The main advantage is that you will not have to install and reconfigure that application on every device you work with.

But the benefits don’t stop there, as Pixel phone owners can use the same streaming technology to duplicate all the content on the phone’s screen on their PC or laptop. However, it’s not just about displaying the contents of the screen in “mirror” mode. Instead, it could be a virtual homescreen that duplicates that of the phone by taking over all its elements, such as wallpaper and application shortcuts. The solution allows you to operate without disturbing latencies even through slightly slower connections (eg via Wi-Fi), reducing the amount of information transmitted as much as possible.

Once connected to your PC, users will be able to interact with Android apps as if they were running on their device natively. In addition, in order not to interfere with the Windows desktop, the applications will appear in a virtual screen.

In the current implementation available with the first version of Android 13 beta, the experience of using Android applications starts in a livestream session accessible from the web browser. Applications opened in this way can be used as if they were directly installed on the respective PC, and can be controlled with the mouse and keyboard.