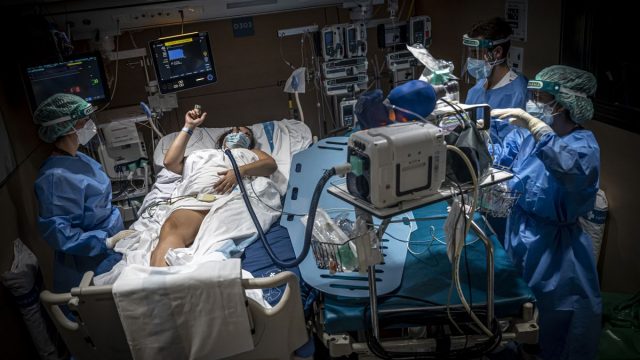 Covid-19 caused a “resounding increase” of the postpartum depressions. At the onset of the pandemic, no one knew “what would happen” to pregnancies. In addition, access to the was more restricted and, although all parts were attended to, many pregnant women were unable to access the system normally. There was a “higher stress level”. Being confined, having to go elsewhere to give birth, mask delivery wreaked havoc on pregnant women and increased postpartum depressions in the first and second waves.

She explained. Anna Suy, the head of the obstetrics section of the Vall d’Hebron Hospital of Barcelona, in the presentation of the report ‘The gender dimension during the pandemic’. from Institut d’Economia de Barcelona (IEB), dependent on the University of Barcelona (UB). In addition, Suy assures that, above all, women suffered more. immigrant pregnant women and those who had another minor child in their care.

Read:  Pollution causes structural changes in the brain up to eight years of age

The IEB report analyzes the differences between men and women that the pandemic brought to light. Suy, however, stresses that obstetrics has always remained in attendance and that hospitals like hers, for example, maintained the presence of the mother’s companion inside the delivery rooms. “The covid affected us a lot because, although it is not more frequent in pregnant women, it is more serious, he said. He also recalled the summer of 2021, when there was a “avalanche” of pregnant women in the ucis.”

Paradoxically, the pandemic “sharply lowered the birth rate.”. According to Suy, this is because people do not have children when they are afraid for their health or the economy. Today in Spain the average age of mothers having their first child is 33 years old and there are many who are over 40.

In the presentation of the study has also been the secretary of Public Health of Catalonia, Carmen Cabezas, who recalled that the pandemic affected the poorest neighborhoods the most. And he stressed that the same is true for other diseases, such as obesity, which affects the poorest areas more.