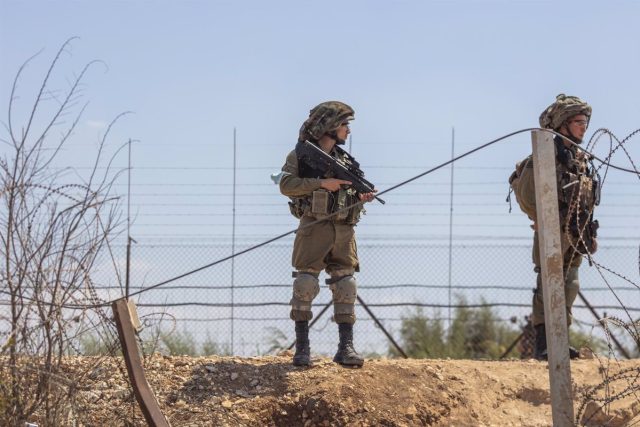 A Palestinian teenager has been killed and nearly 90 Palestinians have been injured on Wednesday in clashes with Israeli security forces during a visit by settlers to the Tomb of Joseph, located in the West Bank town of Nablus, in the northern West Bank.

The Palestinian Ministry of Health has detailed that the deceased, a 16-year-old boy identified as Ghait Rafiq Yamin, was shot in the head and died shortly after being admitted to an emergency hospital in the area, according to the agency. Palestinian news WAFA.

Likewise, the Ministry of Health has stressed that another 88 people have been injured by the impact of rubber bullets and the inhalation of tear gas launched by the Israeli forces, which had been deployed in the area to allow the visit of a group of faithful Jews at the Tomb of Joseph.

In this sense, the director of the Palestinian Red Crescent ambulance service in Nablus, Ahmad Jibril, has pointed out that 19 Palestinians have been injured by rubber bullets, while 67 have been treated for respiratory difficulties and another has suffered burns from the direct impact of a tear gas canister.

Jibril has also denounced that the Israeli security forces have attacked Palestinian Red Crescent personnel when they were transferring a pregnant Palestinian woman and has added that several medical workers have suffered respiratory problems due to the inhalation of tear gas.

For its part, the Israeli Army has pointed out that hundreds of Palestinians threw stones and firebombs at Israeli forces, who opened fire on a suspect carrying a Molotov cocktail. “An impact has been identified,” he said, without giving further details.

Read:  Guterres warns that "humanity is playing with a gun" in the face of a possible new nuclear race

The Israeli Army has also stated that the forces deployed in the area heard gunshots, according to the newspaper ‘The Times of Israel’. Videos circulating on social networks seem to show a shooting in the area, without being able to verify it.

Patriarch Joseph’s grave, located near the Balata refugee camp, is in an area controlled by the Palestinian Authority, which requires settlers to coordinate visits to the grave with security forces.

The site has been the scene of numerous incidents in the past due to visits to the tomb by settlers and ultra-Orthodox Jews, who believe it is where the remains of the Old Testament patriarch lie. Palestinians consider the site to be the tomb of a local religious figure.