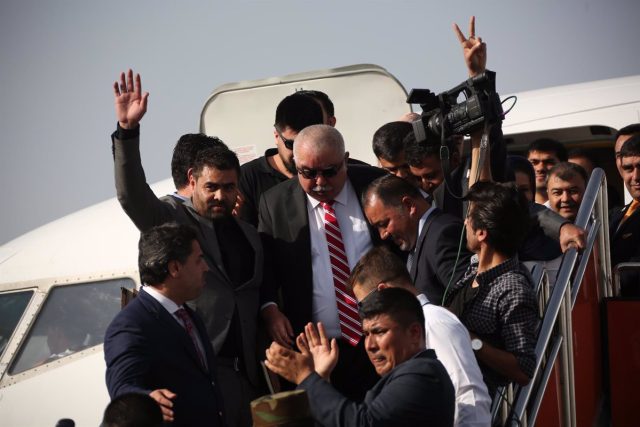 A group of prominent Afghan opposition leaders have announced the creation of a coalition called the National Resistance to Rescue Afghanistan and have stressed that they will carry out “political” and “military” actions to confront the Taliban.

“The activities planned by this front have two main parts: political and military. Without a doubt, we prefer a lasting peace through political means,” said the new body after a meeting held in the Turkish capital, Ankara, according to informed the television network Tolo TV.

The meetings, which will last for the next few days, have been headed by former vice president and former ‘warlord’ Abdulrashid Dostum. They have also had the participation of former Foreign Minister Rahman Rahmani, former Speaker of Parliament Abdulhadi Arghandiwal and also former Vice President Ahmad Zia Masud.

In response, the spokesman for the authorities established in August 2021 by the Taliban in Afghanistan, Zabihulá Muyahid, stressed that “if it helps peace and stability in Afghanistan, there is no problem.” “If they try to resort to military action and opposition, the Afghan people will not allow it,” he warned.

Muyahid, who is also Deputy Minister of Culture and Information, has stated that “the doors for talks are already open.” “We have no problem with any Afghans. We welcome anyone to come back,” he said.

“They will have protection. They will be respected. Their health will be safe,” Mujahid stressed. The Islamic Emirate of Afghanistan has already revealed that it will soon establish the Commission for the Return and Communication with Former Officials and Political Figures, as reported by the Ariana television network.

Read:  Ukraine claims to have killed around 28,700 Russian soldiers since the start of the war

International criticism of the Taliban has been mounting since its seizure of power in August 2021 after then-Afghan President Ashraf Ghani fled. The insurgents have imposed a series of restrictions on the population, especially women and girls.

The Taliban have installed a government marked by the lack of women and representatives of other political groups. Despite this, the deputy prime minister of Afghanistan, Abdulsalam Hanafi, stressed in October that this Executive “is inclusive” and added that the fundamentalist group has tried to incorporate all ethnic groups and social sectors into the new authorities.