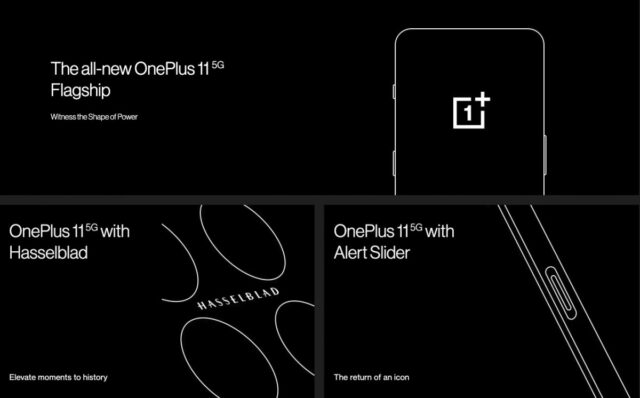 Following rumors and numerous leaks about its new flagship, OnePlus has finally announced the official date when it will reveal all the official details about the phone. The OnePlus 11 will however be later than last year’s OnePlus 10 Pro, which was officially unveiled just after the start of the new year. Most likely though, the company is facing the realities of electronics manufacturing, which, while they’ve improved over the past year, still haven’t been fully resolved.

OnePlus 11 will not debut until February 7, the Chinese company announced. What’s more, the launch will not take place in the brand’s home country of China, but in India, with the unveiling event to be held in New Delhi. The event will be called “Oneplus Cloud 11 Launch Event” and is expected to come with other surprises from the company. We already know that OnePlus is also working on a mechanical PC keyboard, PC monitors, and other mobile device accessories like headphones and even an Android tablet. It’s unclear how many of these will make an appearance at the event, however, but it’s clear that the OnePlus 11 won’t be the only new device we’ll see in February under this brand. Recently, the OnePlus 11 was also spotted in the GeekBench database, where it scored a respectable 1,493 points in Single-Core and 5,112 points in Multi-Core. The results were secured by the new Snapdragon 8 Gen 2 chipset, along with 16GB of RAM. Surely though, this version is the top one, probably the base model offering 12 GB RAM, as we’ve become accustomed to from flagships of late.

We’ll certainly alpha more unofficial details about the OnePlus 11 in the coming weeks before the official launch, though.