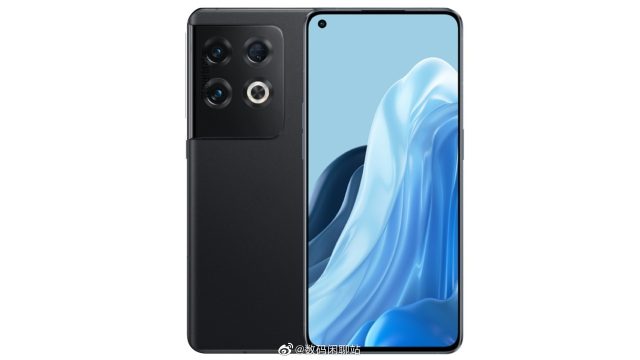 For the first time in many years, OnePlus has launched a single smartphone in its flagship range. It previously offered two models, a “standard” that has everything you need for a high-end user experience, and a “Pro” model that comes with a number of improvements that aren’t necessarily necessary. This year, however, OnePlus only launched the 10 Pro model, without a 10 “non-Pro”. It seems that the decision was made by Oppo, who preferred to keep those components for the development of the Reno 8 model, sold under its own brand.

OnePlus fans are not very happy with the integration of the brand back into the parent company Oppo. Most of the problems appear in the software area, where OnePlus gave up a “clean” Android for a very intrusive skin, but also in the price area. If before a top OnePlus model started at around 500-600 euros, now OnePlus 10 Pro starts at 900 euros and does not even come with certification for water resistance.

According to Digital Chat Station, a well-known leaker from China, the decision to launch only a Pro model was taken by Oppo in order to have a new Reno 8 on the market very quickly. In the latest photos, the Reno 8 model looks almost identical to a OnePlus 10. We are talking about the same type of extended camera mode on the side of the phone, with three cameras and a circular flash, a large screen and a perforated camera in the left corner . The only different elements seem to be the shape of the screen, which is flat at the edges, the lack of the Hasselblad logo and the lack of a slider for sound profiles.

Even in terms of the specifications of these components, Oppo Reno 8 seems to be very close to what could have been OnePlus 10: Full HD + screen at 120 Hz and wide camera with Sony IMX766 sensor, the same one I met on OnePlus 9.

Even if we don’t get a “non-Pro” OnePlus 10 this year, Oppo will probably launch the Reno 8 in the next few months. Given that the differences between the two brands are getting smaller, especially in terms of hardware, but more recently in terms of software, it is difficult to justify the choice of one brand over the other. Those who wanted a cheaper OnePlus 10 will have the Reno 8 option.