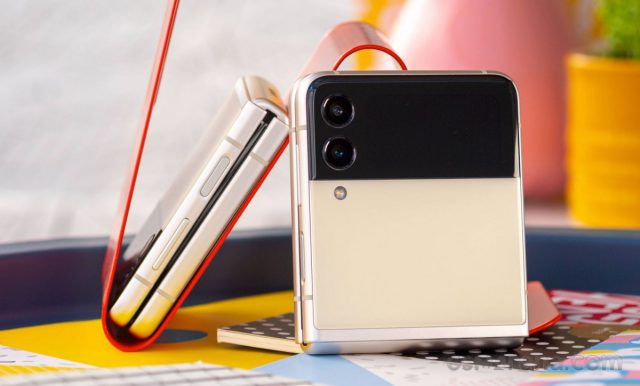 Samsung looks set to price up the Galaxy Z Flip4, but only for European buyers. The reason would be disproportionate inflation, with the European currency losing a lot of value against the US dollar.

Whereas until now, the European price of newly launched devices was generally set by changing the Dollar symbol to Euro, largely covering the cost differences with import taxes, the massive depreciation of the Euro against the US Dollar has changed the “rules of the game”.

Thus, the base model Galaxy Z Flip4 would cost 1080 euros, equipped with 128GB internal memory. Further, the 256GB and 512GB storage variants will cost €1160 and €1280, respectively. Interestingly, the 512GB equipment didn’t even exist for the Z Flip so far, with Samsung betting on either cheapening these storage options (at the factory), or on consumers’ willingness to pay more.

Read:  The Samsung Galaxy Z Fold4 may come with a more subtle fold For comparison, the Galaxy Z Flip3 series had a launch price in Europe starting at €1049, the jump to €1080 not being that much when compared to the total cost of the device. However, the fact that the financial effort would be borne disproportionately by Samsung fans in various regions of the world is not a positive development.

According to rumors so far, the Galaxy Z Flip4 comes with the Snapdragon 8+ Gen 1 chipset (the most powerful in Qualcomm’s offering) and 3800-3900 mAh battery, supporting 25W wireless charging.