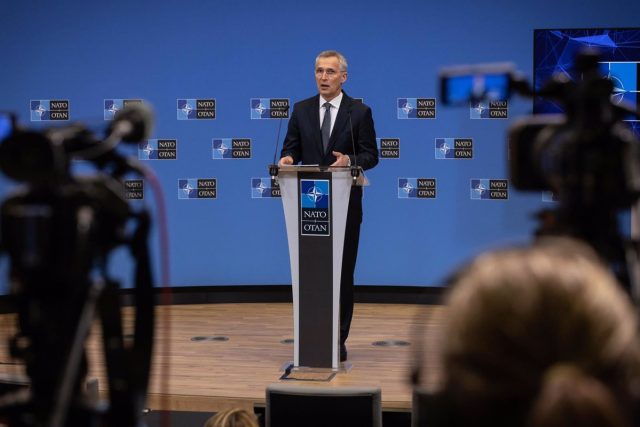 NATO has intercepted a Russian plane flying near allied airspace in northern Norway, a NATO spokesman confirmed to Europa Press.

The incident took place last Tuesday and forced a Norwegian F-35 fighter to act, which made an emergency takeoff and intercepted the Russian aircraft.

“In accordance with a pattern that we have regularly observed, this Russian aircraft was not following internationally recognized aviation safety procedures,” said the Alliance spokesman, who indicated that the Russian pilot did not communicate his position or contact air traffic control.

The threat was detected by NATO’s Integrated Air and Anti-Missile Defense system and followed the protocol established through the Combined Air Operations Center in Uedem, Germany, which ordered the Norwegian forces to act.

These types of incidents are recurrent in the Baltic and North Seas, although it is the first to be recorded since the start of the war in Ukraine. Allied sources have explained that the Russian military commanders have taken extreme precautions and avoided any misunderstanding or miscalculation that would imply a clash with NATO members.