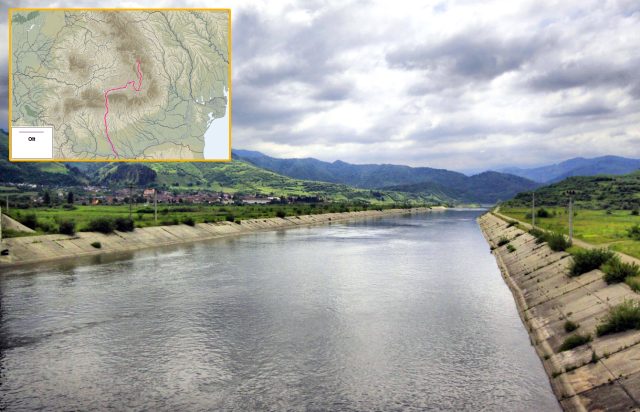 The Olt River is one of the largest rivers flowing through Romania. He also carries with him a legend of a queen. Find out the story behind the hundreds of miles of river.

The Olt River measures over 600 kilometers, being one of the largest in the country. It springs from the Hășamșul Mare mountains and crosses seven counties, these being: Harghita, Covasna, Brașov, Sibiu, Vâlcea, Olt and Teleorman.

As for the cities it crosses, they are: Miercurea Ciuc, Sfântu Gheorghe, Făgăraș, Râmnicu Vâlcea and Slatina, having a total length of 615 kilometers. The Olt River flows into the Danube near Turnu Măgurele, at Islaz.

Along approximately 50 kilometers, between Sibiu and Vâlcea, the water crosses the Olt Gorge or the Olt Valley, which is considered to be the longest in the country. It collects about 80 tributaries along its course, mentioning Lotrul, Olteț, Arpaș and Cârțișoara and has around 30 accumulation lakes.

Read:  CDs have not "died": record sales are booming after 17 years. The reason behind the phenomenon

In the past, during the Dacian period, the Olt River was known as the Alutus, and then, in the Roman period, the Aluta. Along the Olt valley, the Romans built numerous fortifications that included the Romula, Acidava, Buridava, Castra Traiana and Alutela forts.

See also: 10 monasteries in Romania of divine beauty, which you must visit. Places are unique in the world

The Olt River represents the tears of an empress

The Olt River also carries with it a legend according to which an emperor built a fortress with two towers on top of a mountain. After the war, the emperor never returned. The Empress sent her subjects on countless occasions to look for her much-loved but unsuccessful husband.

The emperor had two boys who stayed with the empress, but they did not look alike at all. If one liked to sit in the tower to the east, the other had an opposite preference, the tower to the west. While one was alert and energetic, the other was very calm.

The quiet one was called Mureș, and the other Olt. One day, the two brothers decide to go in search of their father, promising the empress that they will not part on the way. However, the two went in completely opposite directions, and when they missed him, they could not find each other.

The Empress realized that her two sons had broken their promise and went in search of them, but in vain. It started crying again, so Olt and Mureș turned into two rivers. While Olt flows among the rocks, foaming, Mureș went in the opposite direction on plains with calm waters, according to adevul.ro.