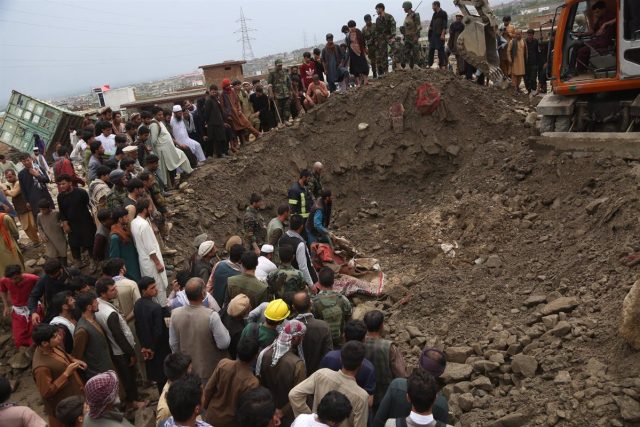 Around 40 people have died and more than 18,000 have been affected by the recent floods in Afghanistan, the non-governmental organization Norwegian Refugee Council (NRC) said Wednesday, stressing that the situation “is catastrophic.”

“The scale of the destruction is unparalleled. The floods have washed away entire sections of roads and other critical infrastructure such as bridges, mills, hospitals and schools,” NRC Afghanistan Country Director Neil Turner lamented.

He said that “people have lost their businesses and entire families have had their homes and fields destroyed,” adding that many of those affected “are struggling to survive.”

“The disaster has affected nine of Afghanistan’s provinces, including Jost and Paktika, which witnessed a devastating earthquake in June,” he recalled. The earthquake left more than 1,200 dead, according to the balance sheet provided by the authorities installed by the Taliban.

In this regard, he stressed that “the situation in rural areas of Afghanistan was already critical before the floods” and explained that “the economic crisis following the seizure of power by the Taliban last year led many farmers to a serious debt due to problems to pay for seeds and fertilizer for this growing season.”

“Now that their crops have been wiped out and winter is just around the corner, these communities have no time to recover,” he warned, before showing his “deep concern” at the possibility of “another wave of poverty and displacement.”

“We need adequate and flexible humanitarian funding to address the immediate needs of the communities affected by the floods,” said Turner, who stressed that “the international community must take urgent steps to mitigate the damage caused by the economic restrictions imposed on the country”.

The Taliban have repeatedly called on the United States and other Western countries to unfreeze funds from the Central Bank and lift sanctions imposed on the country following their takeover in August 2021, arguing that the lack of funds is deepening the severe humanitarian crisis in the country.

Faced with this situation, the NRC has launched an emergency response to assist the affected people in the provinces of Nangarhar, Uruzgan and Zabul, while it has reinforced its work in Jost and Paktika, where it continues to provide support to the victims of the June earthquake.

The NGO has highlighted that 42 people have so far been confirmed dead from the floods, while 56 have been critically injured. In addition, 1,720 houses have been destroyed and 3,073 have suffered damage of varying degrees.