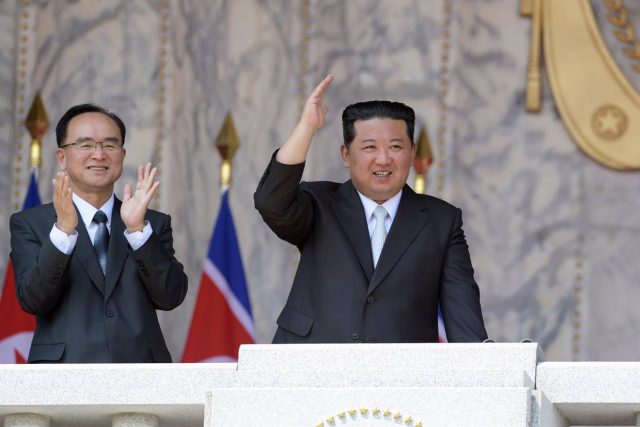 This new weapon system, developed under the direct supervision of the Central Committee of the Party, is of great importance to “radically increase” the attack power of long-range artillery units, according to the official North Korean agency KCNA.

The launch has been supervised by Kim Jong Un, the Central Committee’s deputy department director Kim Jong Sik, as well as the commanding staff of the North Korean Defense Ministry and several Army commanders.

Read:  More than 2,500 civilians evacuated in eastern and southern Armenia amid latest clashes with Azerbaijan

“Kim Jong Un highly valued the successes achieved one after another by defense science research institutions in achieving the fundamental goals of war deterrence,” the North Korean official agency reported, without giving further details on the development. type of weapon

The South Korean military later reported that it had detected the launch of two North Korean projectiles into the Sea of ​​Japan. They would have flown at a distance of 110 kilometers at a speed of Mach 4, four times the speed of sound, according to the South Korean Yonhanp agency.

Immediately after the launch, South Korea’s presidential National Security Office, as well as the heads of the military and intelligence services, have held an emergency meeting to discuss the new launch from their neighboring country, according to Yonhanp.