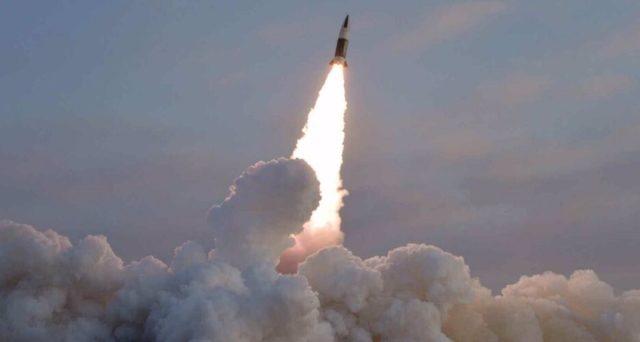 North Korean authorities have confirmed this Friday that they have carried out two ballistic missile tests this week in an attempt to “update their system” and test their capabilities.

“We have carried out a test to upgrade the long-range cruise missile system and (another) to certify the power of the warhead, on Tuesday and Thursday, respectively,” the KNCA news agency reported.

In this sense, the North Korean country has detailed that in the first test on Tuesday, two long-range cruise missiles flew into the waters of the Sea of ​​​​Japan, known in Korea as the East Sea, until hitting the target, 1,800 kilometers from distance.

Read:  Ukraine imposes curfew in Mikolaiv and announces two-day closure of the city

South Korea previously announced that the North Korean country had conducted a test with two cruise missiles and two short-range ballistic missiles, according to the South Korean military. The Joint Chiefs of Staff (JCS, according to its acronym in English) detailed that the launch this Thursday occurred around 8:00 a.m. (local time) from the northeastern city of Hamhung, in the central east of the country.

“Our military is closely monitoring movements related to North Korea and maintains a preparedness posture,” the JCS said in a statement, as reported by South Korea’s Yonhap news agency.

For his part, Pentagon spokesman John Kirby has insisted that the United States addresses the North Korean issue “like any other threat” after the launch, the sixth it has carried out in January.

Read:  At least 10 killed in a shooting at a supermarket in Buffalo, United States

“Just because the issue is now drawing the attention of the international community does not mean that we are not looking at other possible threats,” he told a news conference. Thus, he has expressed that the country is “attentive to Pyongyang’s destabilizing behavior regarding these trials”

Pyongyang has defended “the increase in national defense capacity”, arguing that “it is a legitimate right of a sovereign state”, given the recent sanctions imposed by the United States and the stagnation of talks in the face of an agreement for the denuclearization of the Korean peninsula.