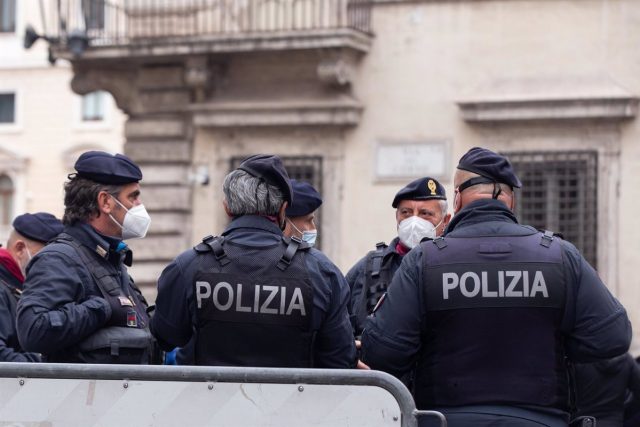 The daylight street murder of a Nigerian mantero who was beaten to death in the Italian coastal town of Civitanova Marche has sparked an acrimonious debate on violence in Italy.

The victim, 39-year-old Alika Ogorchukwu, was assaulted after complimenting a woman. The man accompanying her brutally assaulted the street vendor until he lost his life, Italian public television RAI reports.

Ogorchukwu, who leaves a wife and a son, was known in the area, had never generated problems and was a good man, according to neighbors quoted by the channel.

The assailant is an Italian who has been immediately identified and arrested. He is Filippo Claudio Giuseppe Ferlazzo, 32 years old. When he was arrested he told the agents that the mantero “bothered my girlfriend”. Other versions point out that he insistently asked him for money. The video with the assailant struggling with the mortal victim on the ground has already been widely disseminated on social networks.

According to eyewitnesses, Ferlazzo attacked the mantero with the very crutch used by the Nigerian without anyone doing anything to prevent the violence.

“The brutal murder, which occurred today in Civitanova, leaves me baffled. There is no justification for violence, whatever it is,” posted on Facebook the vice president of the regional council of Ancona, Mirco Carloni. “I hope that what happened will be clarified,” he added.

Other voices from the Italian political spectrum, immersed in full election pre-campaign, have expressed their horror at the incident and sent their condolences to the victim’s family.

Thus, the leader of the far-right party Brothers of Italy, Giorgia Meloni, has stressed that “there is no justification for such brutality” and has called for the “murderer to pay dearly for this horrendous homicide.”

The leader of the right-wing League, Matteo Salvini, has asked for a prayer for the deceased and has sent an embrace to the family. “For the murderer, a sure punishment and to the end. City of disorder. Violence day and night. We can’t stand it anymore. Security has no color. Security must become a right again,” he argued.

The leader of the 5 Star Movement, Giuseppe Conte, has claimed to be “stunned” by this aggression and has questioned “all those who have recorded the fight with the cell phone without intervening.” “Will they remain indifferent? Is this the civilization we want?” he has posed.