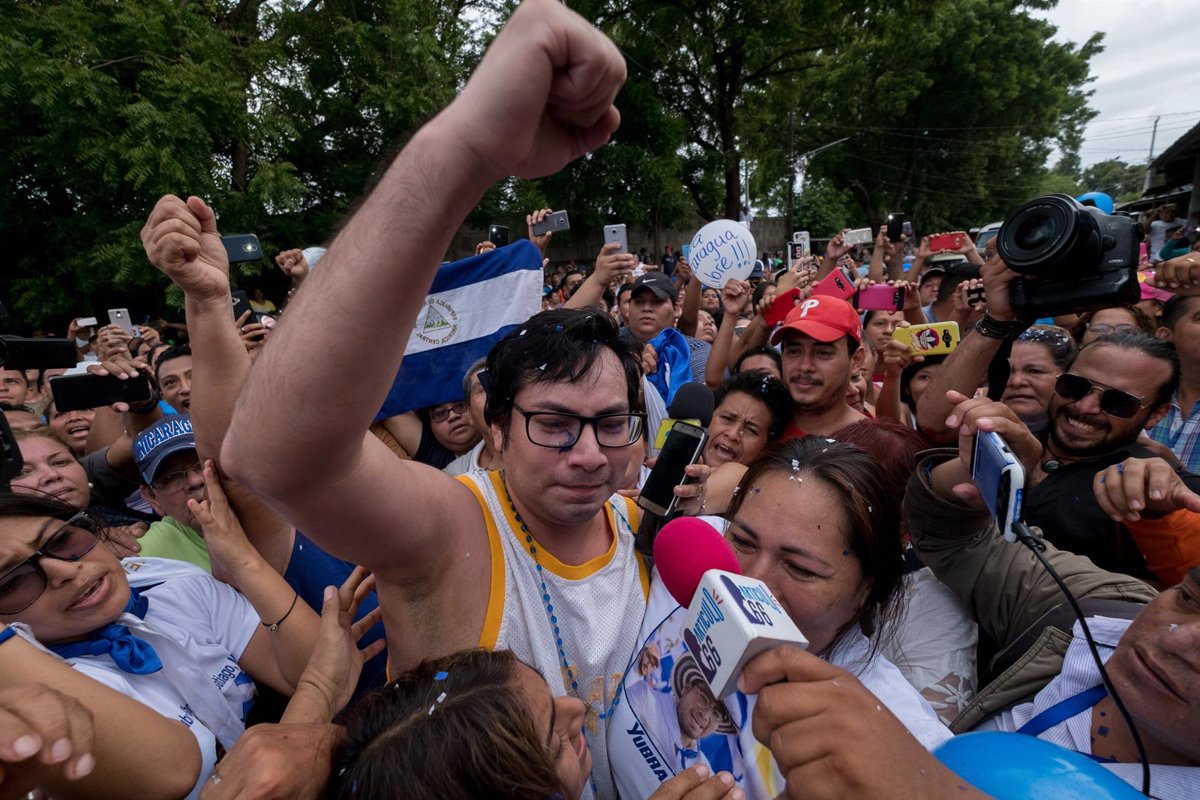 The 13th Court of First Instance of Managua has sentenced this Wednesday the leader of the opposition organization Civic Alliance for Justice and Democracy (ACJD), Yubrank Suazo, to 10 years in prison and to pay a fine of more than 1,500 euros for alleged crimes of “conspiracy”.

Charged with alleged crimes of conspiracy to commit undermining national integrity and spreading false news, Suazo has been held for more than two months in provisional detention in the Jorge Navarro prison in Tipitapa, in the department of Managua, the Nicaraguan daily ‘Confidencial’ has reported.

“Judge Ulisa Tapia Silva sentenced to 10 years in prison to.
Yubrank Suazo for the crime of Conspiracy to commit undermining national integrity and for false news, as well as 800 days fine equivalent to 56,456 córdobas (1,500 euros),” the Nicaraguan Center for Human Rights (CENIDH) condemned.

Read:  At least eleven dead and 21 missing from hurricane 'Ágatha' in Oaxaca, Mexico

In 2018, the oppositionist was imprisoned for the first time and charged for allegedly committing acts of terrorism, frustrated murder, threats with weapons and hindering public services. In June 2019 he was released along with other political prisoners under the controversial Amnesty Law created by the government, according to the cited newspaper.

Previously, social organizations had condemned the “arbitrary” detention of Suazo and had demanded that the government led by Daniel Ortega guarantee his physical integrity and facilitate communication with his relatives.

“The Inter-American Commission on Human Rights (IACHR) condemns the arbitrary detention of student leader Yubrank Suazo, in the early hours of May 17 in Masaya. The State must urgently guarantee his physical integrity and facilitate communication with his family and legal representatives,” the organization added.

The 2018 demonstrations, which began over a controversial social security reform and ended up calling for the “democratization” of the country, resulted in the death of more than 300 people due to the actions of the security forces, which led the experts of the Inter-American Human Rights System to advise that the ‘Sandinista’ leader be tried for crimes against humanity.

Read:  Russia claims to have destroyed an oil refinery in eastern Ukraine

Last November’s elections were marked by arbitrary arrests of activists and journalists, among other acts of harassment, coercion and political violence. In addition, freedom of the press was also targeted by the Government and the media reported restrictions and obstacles that made it impossible for them to carry out their work.

Likewise, the Nicaraguan National Assembly approved last April a new law that tightens the Government’s control over NGOs, after in recent months the Executive of Daniel Ortega has ordered closures of independent organizations appealing to alleged formal irregularities.