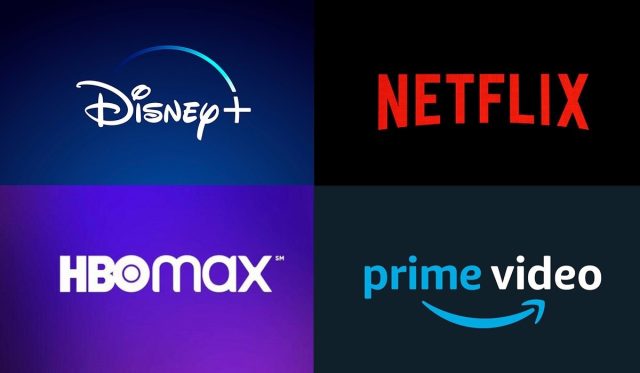 In the last three years, we’ve been offered more TV streaming services than ever before. With that comes a streaming subscription budget that either increases or decreases, depending on whether it’s worth the time and money. And the competition for your eyes and money is fierce. Here’s a comparison between Netflix, Amazon Prime, HBO Max and Disney +.

Your choices probably depend on the original series and movies you like, how important a retro catalog of older streaming TV shows is to you, whether you need to consider kids, roommates, or sports fans, and of course your budget. your. Some of these services offer cheaper options (such as Peacock’s free level), while others come essentially free as part of a package (such as ESPN Plus from the Disney package). With Netflix rising in price, options like Amazon Prime Video might be worth a second look.

We looked at each of these streaming services individually and considered several factors to compare: content, application design, and features, and overall value. Certainly, certain personal preferences regarding the mix of content influence our decisions, so keep in mind that if you like a particular series or show, you may have another favorite.

Given this, here is the list of the best streaming services in Romania: Netflix, HBO Max and Amazon Prime, but also Disney + which will be launched in our country on June 14.

Netflix, the most popular streaming platform, took just 12 years to generate an annual revenue of $ 25 billion from its subscribers, and now Netflix has nearly 214 million subscribers in 2022. The stream has lost about 200,000 of subscribers in the first months of 2022 – its first serious decline in almost a decade. A number of factors have led to a decline, including competition from rival platforms such as Disney + and Hulu, downtime in Russia, and widespread sharing of passwords.

As for the interface of the streaming application, it’s easy to do on Netflix, whether you enter the site (through the browser) or through the application. I encountered very few errors, usually caused by connection delays or slow internet speeds, but they came from me, not them.

Read:  Frasier returns: what we know, so far, about the show, what Kelsey Grammer said

Regarding the content, after finishing the first round of viewing, especially if you have some pretensions, you will think that you have nothing to see. Take a break, eventually, and come back in a month or two. These are pleasant surprises, if you know how to look. I recommend some secret codes that you can read more about here, in order to discover your favorite productions more easily.

As a reference, the streaming platform is now available in 46 territories in America and Europe, and the number has increased to 61 territories on March 8. HBO Max was then released in 15 other European countries. HBO Max means five profiles, three simultaneous streams, and an unlimited number of registered devices for each subscription. In terms of technical features, you will benefit from: 5.1 surround sound, Dolby Atmos and some titles available in 4k. The interface is also intuitive and easy to use.

In terms of productions, HBO Max includes the latest movies and series from Warner Bros., HBO, DC, Cartoon Network and Max Originals. These include Matrix: Resurrections, Dune, King Richard, as well as new seasons from Westworld, His Dark Materials and the prequel to Game Of Thrones – House Of The Dragon. In addition, the blockbusters Warner Bros. will enter HBO Max 45 days after its theatrical release. According to Johannes Larcher, Head of HBO Max International, HBO Max comes to Europe and brings the best movies and series produced in the last hundred years by Warner Bros., along with HBO, Max Originals, DC and Cartoon Network productions.

Amazon Prime Romania has many popular movies, series and shows in vogue, but also original movies, available exclusively on this video streaming platform, such as Being the Ricardos, but also exclusive series such as The Marvelous Mrs. Maisel.

In Romania, Amazon Prime Video competes with other video streaming platforms, because it offers a wide range of movies, and not only, that can be viewed on any device. It also offers a suite of titles that you can find only on this platform, the Amazon Studios brand, but also other exclusives, access to premium channels, titles available for rent or purchase, live events and much more. Prime Video is the only place where you can exclusively watch one of the most anticipated series of 2022, The Lord of the Rings: The Rings of Power.

Regarding the price of the subscription, you have 7 days free to test the streaming platform, the monthly subscription costing only 14 lei, if you pay with a card from Romania. There are no additional charges of any kind, only the monthly withdrawal of the amount from the card.

If you’re bored of Netflix or you’re just looking for new entertainment opportunities, there is good news for you in the world of video streaming. The popular Disney + platform enters the Romanian market and has big plans for its future subscribers.

Disney + has announced that they will be present in dozens of new markets. Specifically, it is about 42 countries and 11 new territories. Fortunately, our country is also on the list. It will be launched in our country on June 14th.

Disney published on the website the launch offer: 12 months at the price of 8 months, at 239.90 lei.

As a reference for what you might see on their platform or if you want to get an idea of ​​how much it’s worth or not to subscribe to the new platform, you need to know that Disney Plus hosts movies and shows from Disney, Pixar, Marvel, Star Wars and National Geographic. In selected international markets, it also includes the new brand of general entertainment content, Star, through which it offers content from 20th Century Studios, Disney Television Studios, FX and Searchlight Pictures.