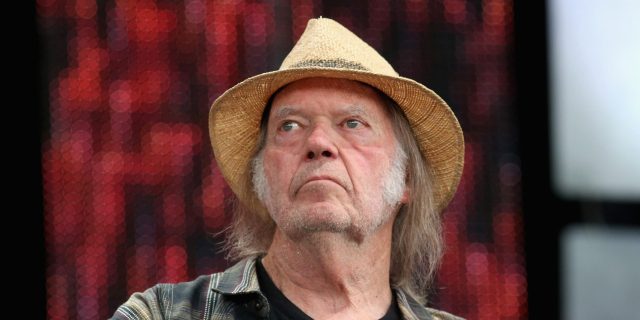 Canadian musician Neil Young doesn’t seem too excited about sharing the Spotify platform with podcast director Joe Rogan. In a letter that was later deleted, Young asked his management team and record label to remove his songs from the platform.

“I’m doing this because Spotify is spreading false information about vaccines – potentially causing the death of those who believe in them,” he said. “I can have Rogan or Young. But not both”He continued.

The contents of the letter were confirmed for The Daily Beast by Young’s manager, Frank Gironda. “This is very important for Neil,” the manager said, adding that the artist “is very upset about this misinformation.”

However, at the moment, Neil Young’s music is still available on Spotify, despite the singer’s dissatisfaction.

“The Joe Rogan Experience” is now the most popular podcast in the world, with about 11 million listeners. He has repeatedly promoted various conspiracy theories since its launch.

“Spotify has the responsibility to mitigate the spread of misinformation on its platform, although the company does not currently have a misinformation policy “, it is shown.

Recently, Rogan invited Dr. Robert Malone, who discouraged vaccination among young people, and insisted on the use of unauthorized treatment, ivermectin, against Coronavirus. Malone has made baseless claims about Covid-19, saying there is a “mass psychosis” that has led people to believe that vaccines are not effective. The episode prompted a group of more than 1,000 doctors, nurses and scientists to send an open letter to Spotify, calling for a policy to eliminate misinformation. Spotify CEO Daniel Ek previously said that the platform has no editorial responsibility for podcasts.

Read:  The Romanian who became a big star in China. Actor Vlad Rădescu seems to have struck a chord with the Chinese collective soul in the film "Ballad".