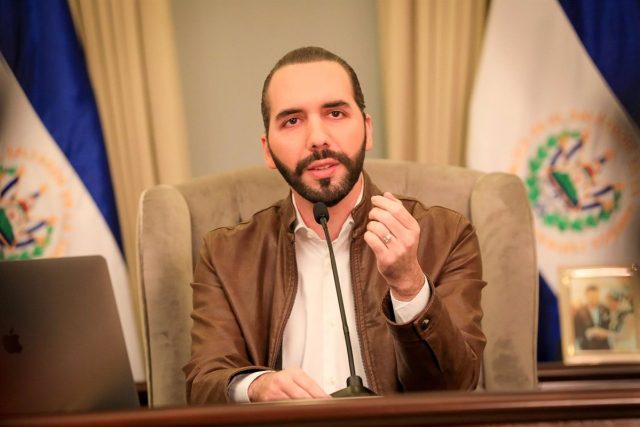 The president of El Salvador, Nayib Bukele, announced Thursday that he will opt for re-election for the next presidential elections, which will take place in 2024.

This was announced by the Salvadoran president during his speech on the occasion of the 201st anniversary of the Independence Day of El Salvador, where he pledged to “continue working for Salvadorans”.

“I announce to the Salvadoran people that I have decided to run as a candidate for the presidency in 2024,” announced Bukele, who managed to reverse a Supreme Court ruling in 2014 that prohibited presidential reelection within ten years of leaving office.

“So that we can continue this path that we have started, the path that, for the first time in history, we have demonstrated that it is the right one,” the Salvadoran president has assured.

According to Bukele, El Salvador has never been so “sovereign, free and independent” in its 200 years of independence as during his Executive, a milestone “perceptible in the polls, both international and national”.

“Independence, sovereignty, peace, freedom are easy words to say, but very difficult to materialize. The commitment of the Government of President Bukele is to make these ideals that are written on the Salvadoran flag a reality”, reads a statement released by the Presidency of the country.

Read:  El Salvador extends state of emergency against gangs, which has already left 55,000 detainees in custody