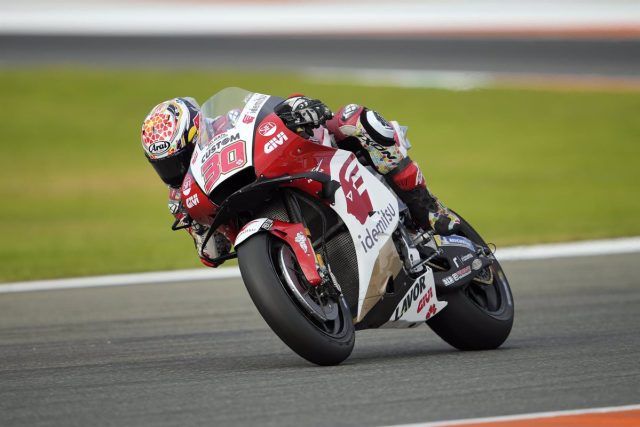 The Japanese rider Takaaki Nakagami (Honda) was the fastest on the first day of testing at the Jerez-Ángel Nieto Circuit, which opened the preseason for 2022 in the MotoGP category this Thursday and experienced the premiere of the future ‘rookies’ , among them the Spanish Raúl Fernández (KTM), current runner-up in the Moto2 world.

The Cadiz track hosts during these days some tests that will be key for all the teams for the next season where they will no longer have the freeze on the evolution of the pandemic that Dorna imposed to save costs due to the pandemic.

Nakagami was the fastest of the 27 drivers who participated in the first of the two days of work that will host the Spanish circuit and marked by a strong wind that is also expected to be somewhat more intense on Friday.

The Japanese signed a time of 1:37.313, almost half a second faster than the best lap of the last Spanish Grand Prix achieved by Fabio Quartararo (1:37.770). Nakagami beat Frenchman Johann Zarco by just 43 thousandths, who led the Ducati where Italians Enea Bastianini (1:37.402) and Francesco Bagnaia (1:37.415) completed the ‘Top 4’.

The best Spanish rider was Maverick Viñales, who placed his Aprilia fifth in the time table with 1:37.674, just ahead of his compatriot Alex Rins (Suzuki), while Quartararo, current world champion, finished ninth, already in the 1:38 slot (1:38.020).

For its part, Repsol Honda, which cannot count on Marc Márquez, who is recovering from the crash before the Portuguese Grand Prix that continues to give him double vision, could have had its other rider, Pol Esparagaró, who missed the last race in Valencia due to a strong fall in the third free.

The one from Granollers completed 45 laps of the Jerez track and finished with the thirteenth best time (1:38.165 thousandths). “I feel like we made the most of the day, and although I have a little soreness in my ribs and wrist and had to struggle a bit, it is very important for the team and also for me to complete a few laps on the new bike and get as much information as possible,” he stressed.

“This Friday we have another day of testing which will hopefully be a bit better. The plan for tomorrow is to work more for the future and based on what we have seen today it looks promising. For us the new parts and the motorcycles are like lollipops for children and that is a great motivation,” he said.

The day also left the first contact with the MotoGP of several of the 2022 debutants such as the Spanish Raúl Fernández. The Madrid native, current runner-up in the Moto2 world, did it on the back of the KTM and showed his quality finishing as the best of the ‘rookies’, in nineteenth place with a time of 1:39.083 after 57 laps. His teammate, the Australian Remy Gardner, Moto2 world champion, the Italians Marco Bezzecchi (Ducati) and Fabio Di Giannantonio (Ducati), and the South African Darryn Binder (Yamaha), who is promoted from Moto3, were the others who debuted in the category ‘queen’.