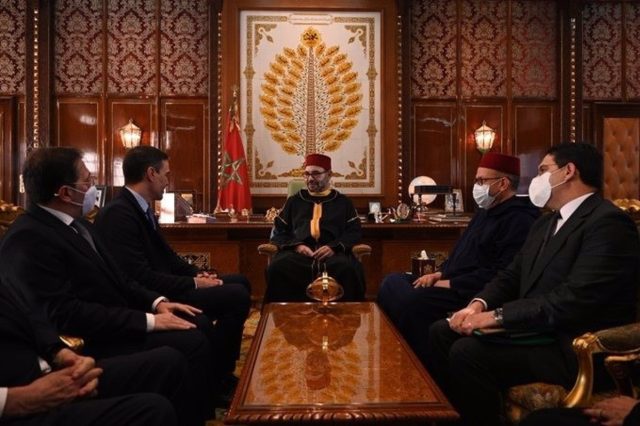 The Ministry of Transport and Logistics has called on the Moroccan shipping companies that provide connections with Spain to resume activity by sea between the two countries hours after the visit of the President of the Government, Pedro Sánchez, to Rabat, which has ended one of the worst bilateral crises between the countries to date.

“After the announcement of the immediate and gradual resumption of the activity of passenger transport by sea, the shipping companies that operate the lines that serve the Moroccan ports of Tangier Med, Tangier city, Nador and Alhucemas, are called to resume their activity. “, The Ministry announced this afternoon in a statement collected by the newspaper ‘Le Matin’.

Read:  Zaporiyia nuclear power plant is again disconnected from the power grid due to shelling

For its part, the Moroccan Ministry of Health has released the “temporary” provisions of the health protocol for travelers by sea, which include the negative result of a PCR test of less than 72 hours and the COVID-19 certificate, according to the aforementioned media. .

This decision has been communicated hours after the meeting between the President of the Government, Pedro Sánchez, and King Mohamed VI in Rabat, in which the “immediate and gradual” re-establishment of maritime and passenger connections was decided until the opening of all frequencies, as well as starting preparations for the ‘Crossing the Strait’ operation.

Likewise, during this meeting, they agreed that the normalization of the movement of people and merchandise would be restored in an orderly manner, including the appropriate customs and people control devices at land level, which includes Ceuta and Melilla, although they were not mentioned. in no time, and maritime.

Read:  Zelensky praises the Ukrainian resistance to the offensive of the "second Army in the world"

This happens, as the president explained, due to the reopening of the customs office that already existed in Melilla and was closed in 2018 and the opening of a new one in Ceuta, as well as customs posts on the Moroccan side. Now, 24 hours after the resumption of diplomatic ties and after two years of suspension, passenger transport by sea between the two countries will resume.