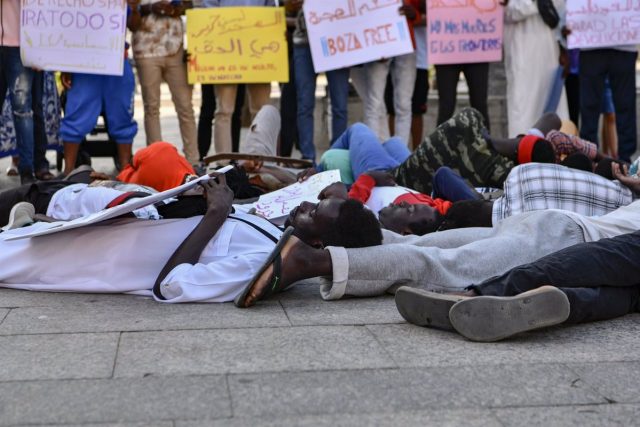 The Court of First Instance of Nador has sentenced this Tuesday a group of 33 migrants to 11 months in prison for their alleged involvement in relation to the massive assault on the fence of Melilla last June 24 and in which at least 23 migrants died.

The migrants have been charged with “organizing and facilitating the illegal exit and entry of people into Morocco, for insulting public officials in the exercise of their duties, and for exercising violence against them, as well as disobedience,” as detailed by the Moroccan Association for Human Rights (AMDH, for its French acronym) of Nador, in a statement accessed by Alyaoum24.

AMDH, which has closely followed the file, has considered that “the sentence handed down is very harsh against asylum seekers who were only seeking protection.”

In this context, another trial is expected to be held on July 27 for 32 other migrants prosecuted by the Court of Appeal of Nador and accused of “organizing and facilitating the regular entry and exit of foreign persons” in Morocco and for “exercising violence against members of the security forces in the performance of their duties, disobedience and armed assembly”, as reported by the aforementioned media.

Read:  Chile will deploy some 65,000 security personnel for the constitutional referendum

At least 23 migrants died after a massive attempt by more than 2,000 sub-Saharan Africans to cross the Melilla fence on June 24, according to a report by local Moroccan authorities.

This information disagrees with that offered by AMDH of Nador, which through its social networks assured that the death toll of migrants in Nador amounted to 27.