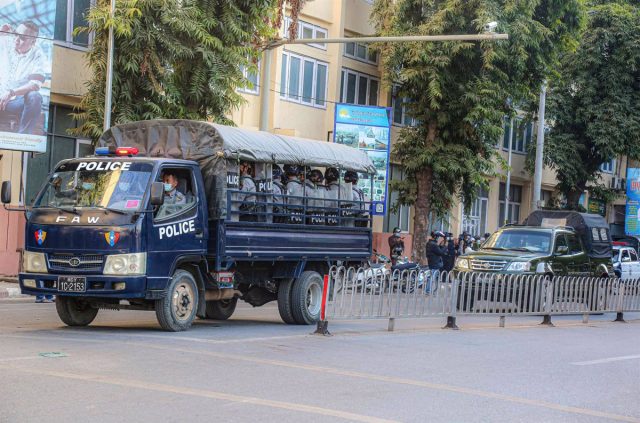 A junta policeman and two regime administration employees were killed in two attacks in the afternoon while guarding a religious building in central Rangun. After the attack, regime forces allegedly shot dead a tricycle driver and a passing civilian.

Thursday’s attacks by the Arakan Army (AA) reportedly killed 12 regime soldiers in Ponnagyun, Rathedaung and Mrauk U townships in Rajine state, according to local media.

Read:  Pedro Castillo's sister-in-law turns herself in to the Prosecutor's Office

Another 10 regime soldiers were killed Thursday afternoon near Maung Sawe village in Mrauk U township when AA fighters ambushed a junta group with mines. Regime forces from the 378th Battalion based in Mrauk U responded with artillery attacks on Maung Sawe village. According to reports, junta troops detained 10 villagers after the clash.

As reported by ‘The Irrawaddy’ two political prisoners have also been released after resistance fighters from the Truth Keeping Force ambushed a vehicle carrying eight prisoners in Amarapura township, Kyaukse police station and Obo prison in Mandalay.